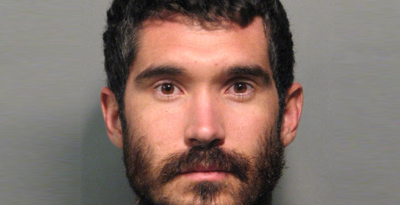 Facebook
Twitter
Linkedin
Email
Print
A subcontractor working on a home being built on Highway 80 is in trouble with the law for allegedly operating without a contractor’s license.

David Paul New, 31, of the 4800 block of Bellevue Road in Haughton, was arrested Tuesday, Aug. 25, and charged with operating without a contractor’s license and home improvement fraud. Bond was set at $28,000.

Webster Parish Sheriff Gary Sexton says New was doing some electrical work at the home but was doing so without a license.

“We got warrants on him and they arrested him at Bossier Max,” he said. “It was a brand new home being built, and he didn’t have a license. When you do so much work over a certain amount of money, then it falls into that category. There were also some discrepancies and billing issues he had with the contractor.”

Sexton says he walked off the job and filed a lien against the homeowner because the homeowner refused to pay any further, and the investigation revealed the homeowner had paid his bill in full.

At this time, it is unknown whether the lien against the home has been dropped, Sexton said.

“The homeowner couldn’t close or finalize on the home, because there’s a lien against it,” the sheriff said. “The homeowner has paid his part.”

Sexton says additional charges against New may be pending.