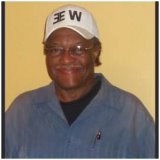 Elijah was an honor student at Central High School in Dubberly and graduated in 1963. He pursued higher education at Southern University in Baton Rouge.

On Sept. 9, 1970 he united in holy matrimony to the love of his life, Addie Mae O’Neal. To this union, two children were born.

He accepted Christ and united with the Pleasant Grove BC at an early age. He was ordained as a deacon and later a minister. Elijah’s quest for excellence was relentless; therefore he completed his bachelor of religious education from United Theological Seminary and Bible College. He was in regular fellowship with Shreveport Christian Church.

He was a veteran of the United States Army. He faithfully fulfilled his military obligation and began a fruitful career in the civilian workforce. He worked for Sanitary Dairy and the Louisiana Army Ammunition Plant, that later transitioned to Thiokol Corporation. He dedicated nearly 20 years of service to his current employer, David Wade Correctional Center; where he was a master sergeant.

On April 2, 2015, the Rev. Weatherton made his holy transition from labor to reward. He is preceded in death by his parents; devoted wife, Addie Mae Weatherton; step-daughter Pamela Renee Henderson; and sisters, Ola Weatherton, Gloria Bailey and Linda Parker.