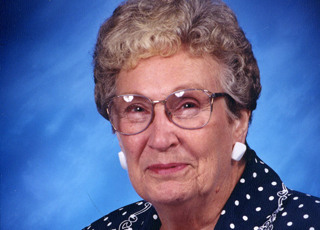 Funeral services for Elsie S. McMillon will be at 10 a.m. Saturday, Dec. 5, 2015 at Rose-Neath Funeral Home Chapel in Minden with the Rev. Ronnie Whitlock officiating.

Interment will follow at Bear Creek Cemetery in Bienville. The family will receive friends from 5 until 8 p.m. Friday, Dec. 4, 2015 at Rose-Neath Funeral Home in Minden.

Elsie was born March 24, 1928 in Bienville and entered into rest Dec. 1, 2015 in Minden, Louisiana. She was a member of Beech Springs Baptist Church.

Pallbearers will be grandsons and close family friends.