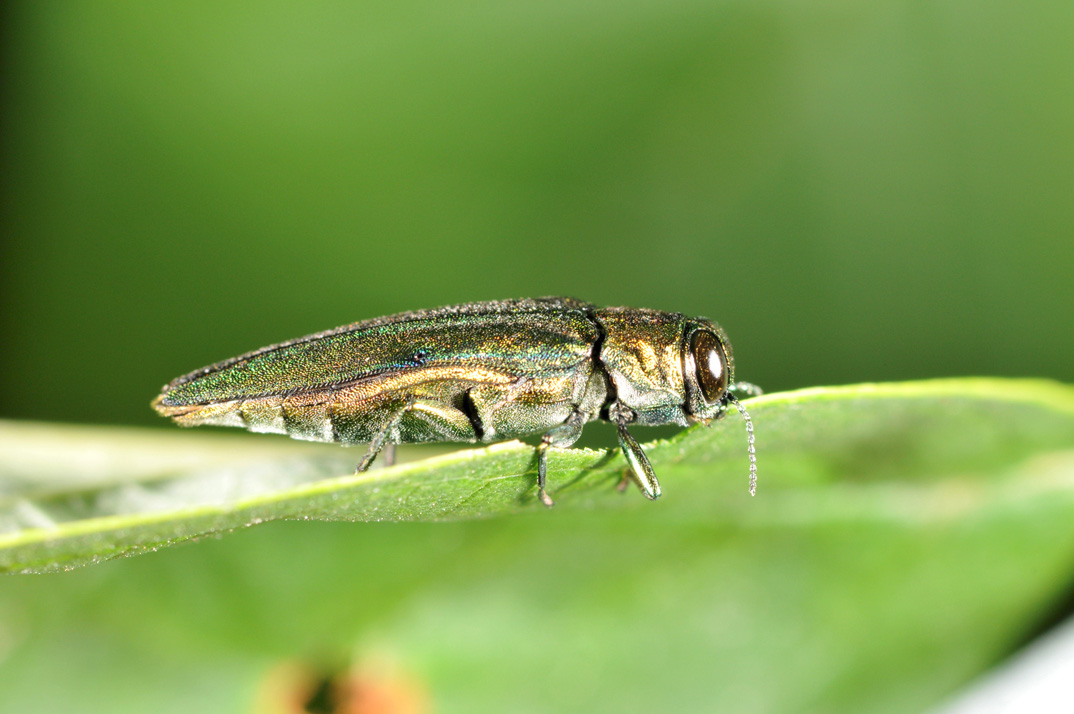 Efforts are under way in north Louisiana to slow the spread of an invasive species threatening native ash trees.

LSU AgCenter entomologist Rodrigo Diaz says the emerald ash borer was found in the area in February. The beetle kills ash trees by digging tunnels below the bark. As quickly as six to seven years after the initial infestation the tree will die.

The trees play an important part in bottomland ecosystems and also have an economic value to the timber industry.

U.S. Forest Service entomologist Wood Johnson says emerald ash borer adults have been collected in Claiborne, Bossier and Webster parishes. It has only been found in trees within Webster Parish.

Diaz said they’ve obtained a release permit from the USDA for a wasp species native to Asia that are parasites of the borer and will use them as a tool to manage the emerald ash borer.

“We are releasing an egg parasitoid that targets the emerald ash borer at two different sites in Webster Parish, near Shongaloo and near Minden,” Johnson said in a news release. “While it will not stop the spread, it should aid in slowing down the beetle.”

The entomologists released three species of wasps at the two sites. One attacks the eggs, and two attack the larvae of the borer.

A second approach is to bring bolts of ash infested with emerald ash borer and leave them at the site for two weeks, with hopes that the parasitoids will attack the larvae in the bolts.

“Three to four weeks later, we will take the bolts back to the lab to see if we see emergence of the parasitoids we are releasing today,” Diaz said.