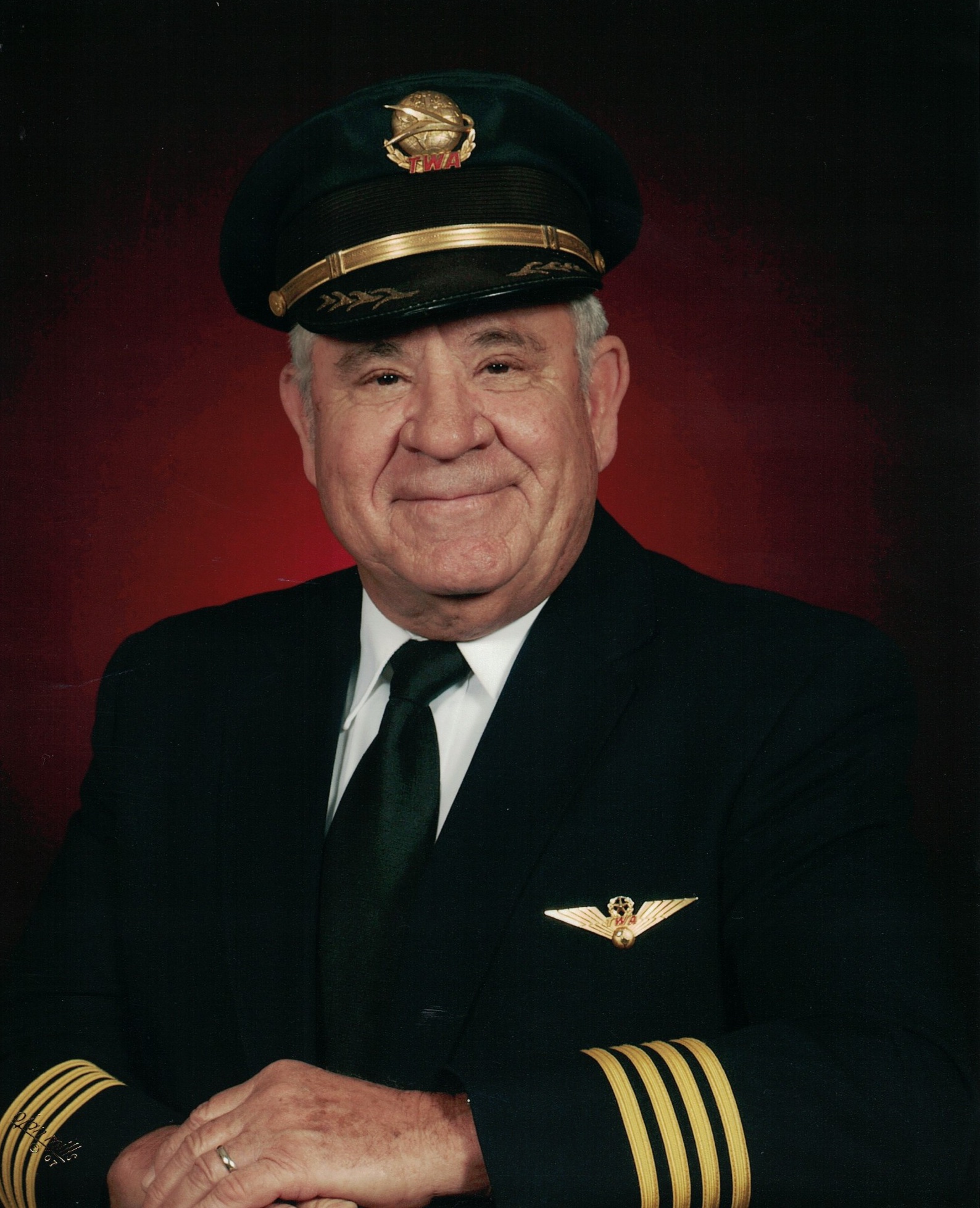 Wes McCullough loved to fly.  You couldn’t help but notice the thrill he got every time those wheels left the ground, and the smile on his face as he looked out the window to see what was down below.

Everett Wesley (Wes) McCullough (82) of Kansas City, MO passed away on December **, 2020.  Wes was born in Kansas City, MO on June 28, 1938, to Cecil Casper McCullough, Sr. and Edith Jenks.  Wes lived in Kansas City until he was 12 and then moved to Louisiana, where he graduated from Minden High School in 1956.  It was in elementary school that he decided he wanted to be a pilot someday, and after high school, he began taxiing toward his destination by working for Capital Airlines (1957-1961) as a ramp agent and then in reservations.

Wes served in the US Air Force (1961-1965) as a member of an Atlas-F missile crew.  While stationed at Dyess AFB in Abilene, TX, Wes met and married Pat Buie.  They flew through life hand-in-hand from May 25, 1963 until his passing.  Together, they had three crew members:  Kevin, Andrew, and Karen.  In 1964-1965, when he wasn’t in the missile silo, Wes was learning to fly and accumulating hours and hours of flight time.  He acquired his commercial pilots license in April 1965, and after leaving the Air Force, went back to work for Capital Airlines (which, by then, had merged with United).  When United didn’t hire Wes as a pilot, he gained his instrument rating and his career took off when he was hired by TWA on January 17, 1966.

For 32 years, Wes cruised at altitude in a TWA cockpit, and his flying credentials read like a Boeing catalog – he was certified on almost every type of jet the company built.  Wes loved being a pilot and often said that he was lucky that TWA paid him, because he would have flown for free.  After attending a variety of colleges part-time for 11 years, Wes earned his college degree from Park University in Parkville, MO in 1970.  In 1984, Wes became a flight simulator instructor for TWA in Kansas City, St. Louis, and New York City, teaching other pilots to fly the B-727, L-1011, B-747, B-757, and B-767 until his retirement in 1998.

After his descent from TWA as a captain, Wes traded his uniform hat for a steady rotation of TWA ball caps and opened his own aviation school at the downtown airport, where it was a mainstay for about 20 years.  His students changed from flying the largest airplanes to some of the smallest.  Wes gave flying lessons, checkrides as a Designated Pilot Examiner for the FAA, and rented out Cessna 172s.  He was a gifted instructor, and hundreds, if not thousands, of pilots benefitted from his expertise.  He rose to the rank of Lt. Colonel in the Civil Air Patrol and joined the Masons, Scottish Rite, and Ararat Temple.  As an Ararat Shriner, Wes joined the Flying Fez, which flew patients to the Shrine Hospitals for treatment.  He also flew patients to medical appointments through Angel Flight Central.

In 2014, Wes was awarded the Wright Brothers Master Pilot Award, which is the most prestigious award the FAA issues to pilots.  This award recognizes individuals who have exhibited professionalism, skill, and aviation expertise for at least 50 years while piloting aircraft.  In 2017, at the age of 78, Wes achieved his life-long dream of becoming a licensed airplane mechanic.  That’s no small feat and certainly no surprise, because Wes was a real handy man. Whenever anything broke around the house, he could usually fix it. He taught his three children (as teenagers) how to work on their ‘65 and ’66 mustangs (without help from YouTube!), how to approach a problem to find a solution, and he loved helping them with their own DIY projects. He  kept all his “toys” (boat, airplanes, waverunners) in good working order, and he loved flying his family around the country whenever he could.

Wes was a faithful member of Northgate Baptist Church (and then Briarcliff Church when they merged) in Kansas City North from 1968 until his passing.  He was a deacon, a choir member, a committee member on several different committees, and on the Board of Directors. Wes served on the North Kansas City School Board for 6 years (one year as president), and was an Assistant Scoutmaster for Boy Scout Troop 9.  Wes was a certified scuba diver and dove with dolphins in the Red Sea.  He rode a camel in front of the Giza pyramids and visited all the continents except Antarctica.  Not bad for a man born in a two-room boxcar to parents with very little means or education.

Wes would do anything for his children, including swimming in a father/son relay (when he couldn’t swim very well), dancing in a father/daughter dance on the stage at the Music Hall, and scheduling his TWA trips around practices and games so he could coach his sons’ little league teams.  Whether he was in a silo, a cockpit, a pew, or in the recliner, Pat was always by his side and in his heart.

Because of COVID-19, there will be no visitation.  A private funeral for immediate family only will be held at Terrace Park Funeral Home at 4:00 on Monday, December 21st, and a celebration of Wes’s life will be planned at a later date.  Pat loves flowers (not plants that have to be cared for), and for those who prefer to make a cash donation, some of Wes’s favorite causes were Angel Flight Central and Wounded Warrior.