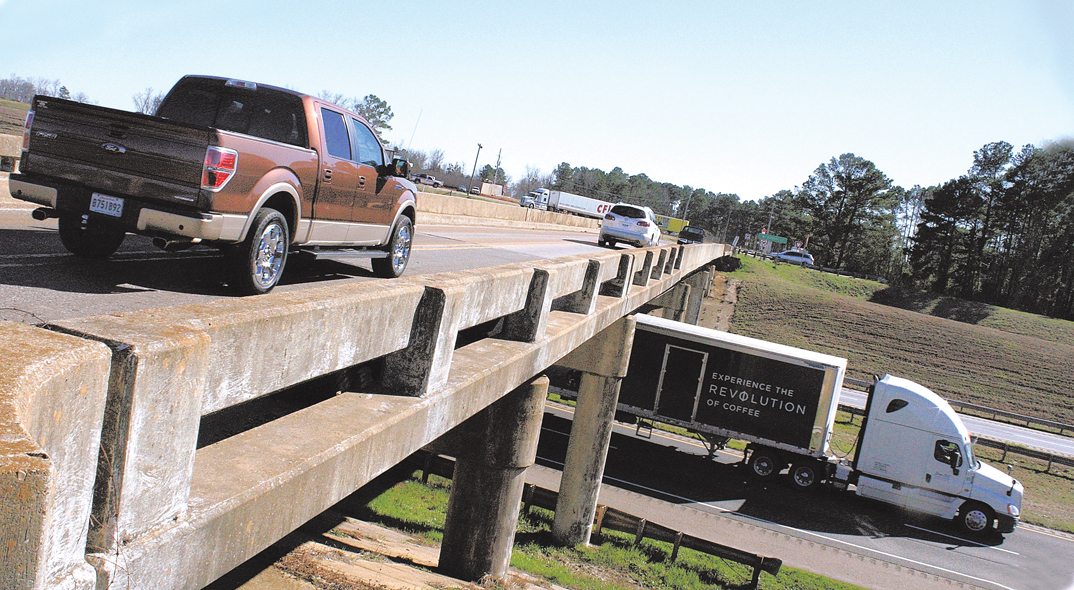 Federal Highway Administration data from 2014 show the state has nearly 13,000 bridges, and 1,837 of them are structurally deficient, according to the United States Public Interest Research Group.

The report comes as Louisiana grapples with a $12 billion backlog in deferred road and bridge maintenance, The Times reported. And state and federal gas taxes, which provide money for transportation infrastructure, are flat and failing to keep up with inflation.

“It’s not just the numbers are increasing. It’s just that there’s such a staggering amount in the first place,” he said.

Structurally deficient bridges have at least one component that needs repairs or replacement. The designation doesn’t mean a bridge is unsafe.

Such bridges are “more prone to safety issues in the future,” Olivieri said. “They become more expensive to fix in the future.”

Louisiana has a history of spending money on interstates instead of paying to maintain existing roadways and bridges, State Sen. Robert Adley said.

He said he and other legislators are trying to figure out how to get money that has been diverted to state police and other areas back into the pot for roads and bridges.

Louisiana has put $1.8 billion into bridge repair and about $7 billion in road improvements since January 2008, said Lauren Lee, spokeswoman for the state Department of Transportation and Development.

“The state appears to favor building new and wider highways at the expense of repair and maintenance,” Olivieri said in a statement.

State transportation deputy secretary Eric Kalivoda told the state’s House appropriations committee March 24 the department forecasts Louisiana will have serious problems with the condition of its bridges in 10 years.

Kalivoda said the vast majority of those bridges were built in late 50s through the early 1970s. The bridges are reaching their design life and deficiencies will grow substantially.

“We are going to do something about it or we’re going to be closing a lot of bridges,” he said.