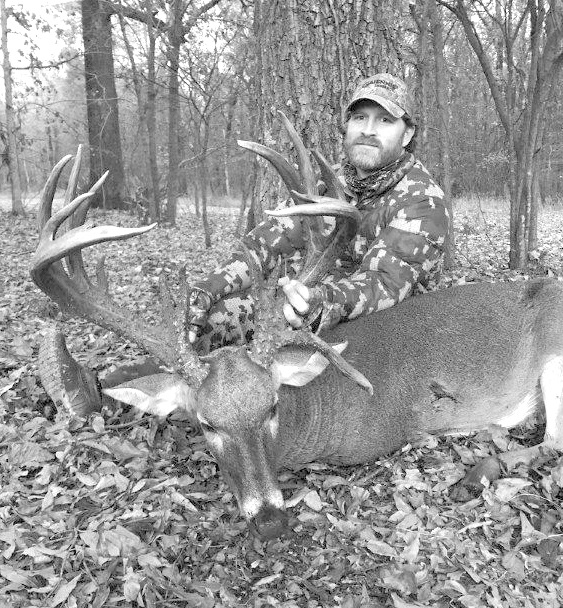 Remote game cameras have revolutionized the way many of us hunt deer today. In the past, all we had to rely on was rubs and scrapes; tracks and trails to tell where big bucks were hanging out.

Thirty-eight year old building contractor from Itta Bena, MS, Heath Hodges relying on several cameras he has in key locations on his family property to help him pin- point the area a particular buck was traveling. It worked out big time for him on December 3 when the buck with eye-popping credentials stepped out where cameras suggested he might appear and Hodges was able to put the big 20 point Mississippi monster on the ground.

“At least five other hunters had been after this big buck for the past few seasons. I guess it was like I won the lottery because the buck came walking right down the trail I was set up on and I got him,” said Hodges.

One of those five after the buck, a bow hunter, had the big buck at 35 yards last season but held off on trying a shot because he couldn’t get the shot he wanted.

Others have seen trail cam photos of the buck and, like Hodges, the big non-typical buck eluded all of them, until this season when Hodges luck took a turn for the better and he downed the big buck.

It’s not like it was all pure luck on Hodges part. He and a hunting buddy had been watching for this deer and had him patterned for the past four weeks.

He had actually seen the deer three times over the past couple of weeks but never had in right situation for a shot on the buck.

The area around Itta Bena in Leflore County is farm land and Hodges family owns about 1000 acres of cotton, soy beans and corn on the family farm. On this day, he was actually hunting an adjoining 80 acre plot a friend allows him to hunt.

“I got on my stand around 2:30 that afternoon and after getting settled in, I picked up my grunt call and rattling horns and periodically called and rattled. Before long, two does came by me, walked past and actually bedded down 25 yards from me. They stayed there about 30 minutes,” he continued.

Hodges continued to hit his grunt call and rattling horns when one of the does stood up and began looking down the trail. Here came the big buck, straight to him.

“I guess he was responding to my rattling and grunting because he grunted as he was headed right to where he’d heard me which put him right in front of me at 25 yards. I eased my .35 Whelan up, squeezed the trigger and he ran about 20 yards before piling up,” said Hodges.

The buck was a sight to behold with 20 scoreable points and a long drop tine. Inside spread was 19 3/8 inches, main beams were 26 and 27 inches and the mass continued throughout the rack.

Putting a tape to the impressive rack, the tally initially adding up to 217 5/8 inches of antler bone with Simmons Sporting Goods in Bastrop coming up with a more impressive score of 232 3/8. The buck, estimated to be 5 ½ to 6 ½ years old was a heavyweight, tipping the scales between 250 and 260 pounds.