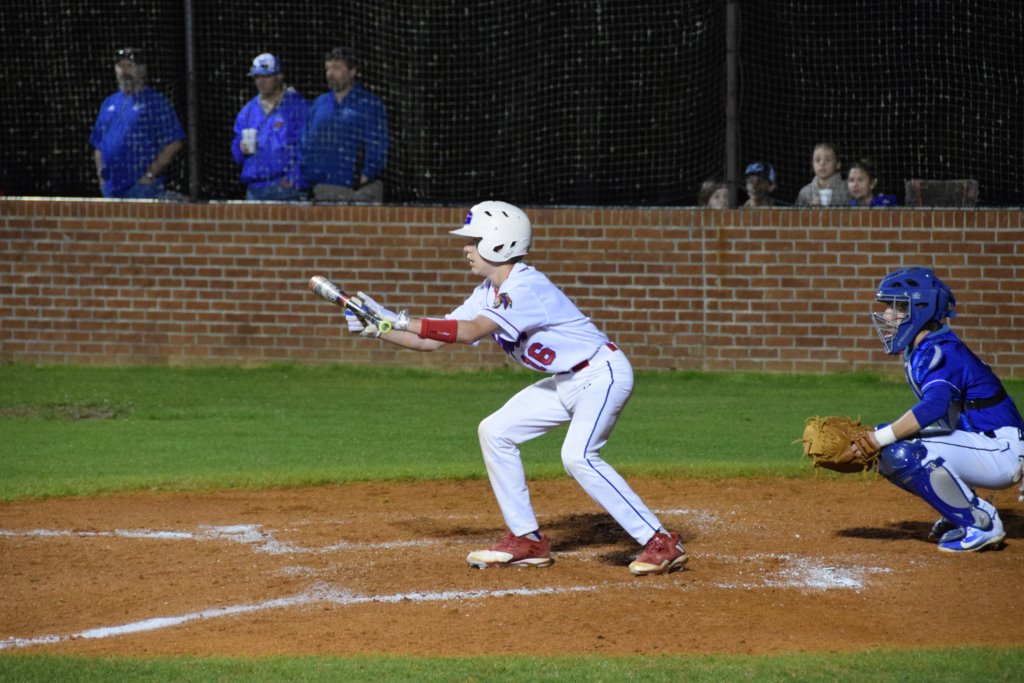 Yes, the 24 on the scoreboard probably had fans wondering if spring practice has already started for the gridiron version of the Apaches. But it was an offense led by Brandon Merritt and Nick Mourad, balanced with solid performances throughout, that exploded for big numbers as the baseball Apaches improved to 3-1 in 6AA district play.

The action returns to Minden Thursday when the Apaches host the Lions for a doubleheader – 4 and 6 p.m. start times – to conclude the series.

Glenbrook (7-7, 3-1) hopped out to an early lead behind Nick Mourad’s two-RBI double, scoring Cade Clemons and Cameron Barnett. Mourad would double home Seth Gauthier, who reached via a single, adding onto the Apache advantage in the second inning.

Merritt delivered a two-RBI single in the sixth inning and drove in two more runs off a UCA fielding error in the seventh; Merritt ended the game with six RBIs and Mourad finished with two doubles and three RBIs. Parker Christy finished 2-4 with a double and two RBIs, Cade Clemons went 4-4 with one RBI and Mason Hood rounded out the offense going 2-3 with a double and two RBIs.

Seth Gauthier (1-0) pitched two innings in relief of Mourad, Glenbrook’s starter, to pick up the win.