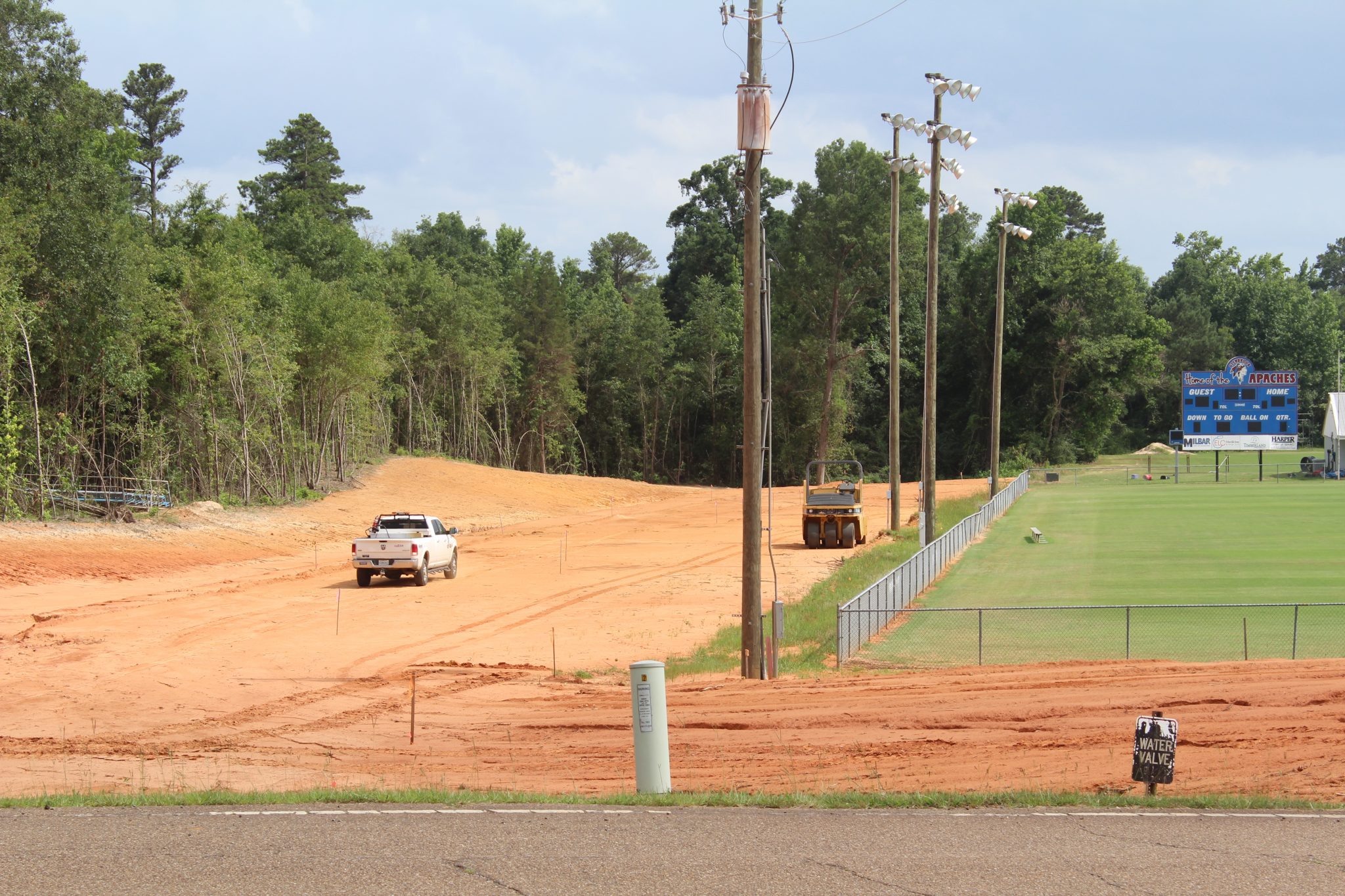 Written by Aidan Mealey, Special to the Minden Press-Herald

Glenbrook High School is building new visitor stands for the upcoming football season. The new stands should seat around 300 more people compared to the old stands.

“We’re going to try to seat about 500 to 600 people over there just in case we get a big crowd sometime,” said David Feaster, Glenbrook’s Athletic Director.

“We want our visitors to be very comfortable when they come over there and we’re going to make sure it is all handicap accessible. We’re going to put a nice little deck up there for all of our visitor’s coaches, filmers and radio people. We’re also going to put a slab down for the visiting cheerleaders to have a place to cheer where they’ll be in front of their fans but not blocking the game.”

Feaster stated that they are planning on the stands being completed by their first scrimmage, which will be held on Aug. 20.

When asked about how many people the old stands held, Feaster said, “We figured it held around 250 to 300.”

While Feaster does not think the new stands will bring in any more fans than normal, he does say the amount of teams that think they can beat Glenbrook will bring in more visitors.

“There are a lot of people who want to play us right now because they think they can beat us. That’s the main thing that is going to bring in opponents,” said Feaster.

“The home side stands are in pretty good shape,” said Feaster when asked if there were any plans to add on to the home side stands. He stated that they are only adding safety and cosmetic improvements to them.