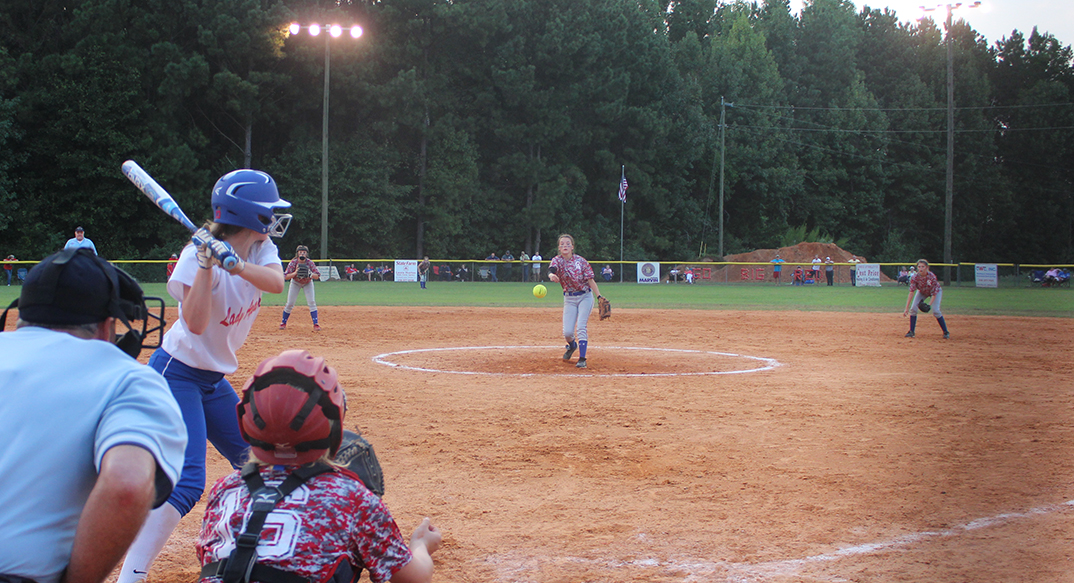 The Glenbrook Lady Apaches are on a roll.

The upstart squad moved their record to 16-3 and 3-1 in district on Thursday with a 10-0 win over the Claiborne Academy Rebels.

Glenbrook jumped ahead with four runs in the third inning before finishing the game via 10-run rule in the sixth.

Coming up big for the Apaches was eighth grader Alyssa Martin.

Martin is the Apaches ace on the mound and she showed why, striking out eight Lady Rebels in six innings of work. She allowed only one hit and one walk to complete her dominant effort.

At the plate, Martin was even better in going 3-4 with a triple and two singles, good for four RBI.
Martin stepped up to the plate with the bases loaded in the third when she got a pitch she liked, sending it deep to left field and missing a grand slam by about two feet.

She settled for a bases clearing triple and two batters later Hannah Mosley singled in Martin to make it 4-0.

In the sixth the Glenbrook bats got hot again to end the game.

Martin finished 3-4 with 4 RBI, Dickson went 1-3 with two RBI, Amber Lovitt and Hannah Mosley each had RBI singles and Megan Sims had a big, two-run double.

The Apaches will rest up this weekend and get back on the field Monday in Monroe at 7 p.m. against River Oaks.