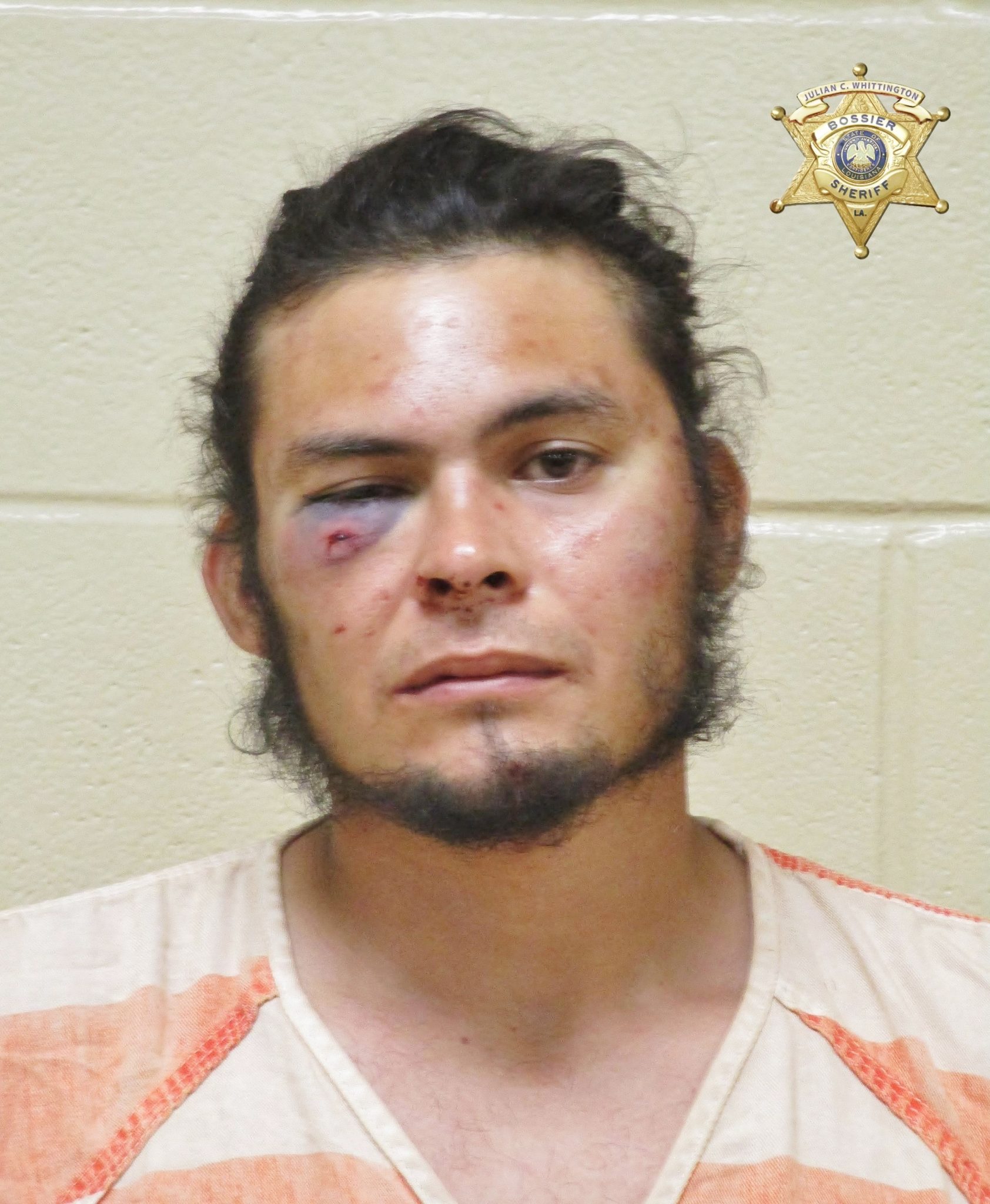 Bossier Sheriff Julian Whittington says a Haughton man is behind bars after running from law enforcement officers and actively resisting while being taken into custody last week for kidnapping and battery charges.

Jonathan C. Waites, 31, of the 900 block of Wells Road in Haughton, was wanted on multiple charges by Bossier Sheriff’s Office detectives, including previously kidnapping and battery of a female.  That happened when Waites had apparently got mad another person not far from his home. The female victim tried to leave in her vehicle, but Waites broke both mirrors off of her vehicle and picked up a pole and threatened to break the windows if she didn’t get out of the vehicle.  When she got out, Waites grabbed her and forced her inside the trailer against her will. He then used a t-shirt to try and strangle her. A bystander at the scene intervened, and the victim was able to get away and soon contacted the Bossier Sheriff’s Office.

U.S. Marshals Fugitive Task Force assisted Bossier Sheriff’s Office in locating and arresting Waites on those charges near his residence on July 3; but he did not want to go peacefully.

When U.S. Marshals agents and Bossier deputies responded to Amanda Lane on the afternoon of July 3 to arrest Waites on those charges, he decided to flee.  They saw him in the backyard, and he decided to jump the fence in the back of the residence. He refused verbal commands to get on the ground. He kept running across Wafer Road and then ran north, crossing over about three fences behind homes, all the while refusing to comply with verbal commands from pursuing officers.

He would only get so far, though, and agents and deputies took Waites to the ground by force…and again, he kept resisting.  Waites had taken the officers on a nearly half-mile chase, but agents and deputies were able to overcome his resistance, and they placed him into handcuffs.  He was checked and cleared for arrest by EMS and transported to the Bossier Maximum Security Facility where he was booked on the following charges; he faces a $601,000 bond:

Additionally, Waites had more charges added after he was incarcerated in the Bossier Max.  The victim had a temporary restraining order against Waites, and he was not to contact her.  However, he called the victim twice from jail on July 7; the next day, he was charged with two counts of Violation of a Protective Order.