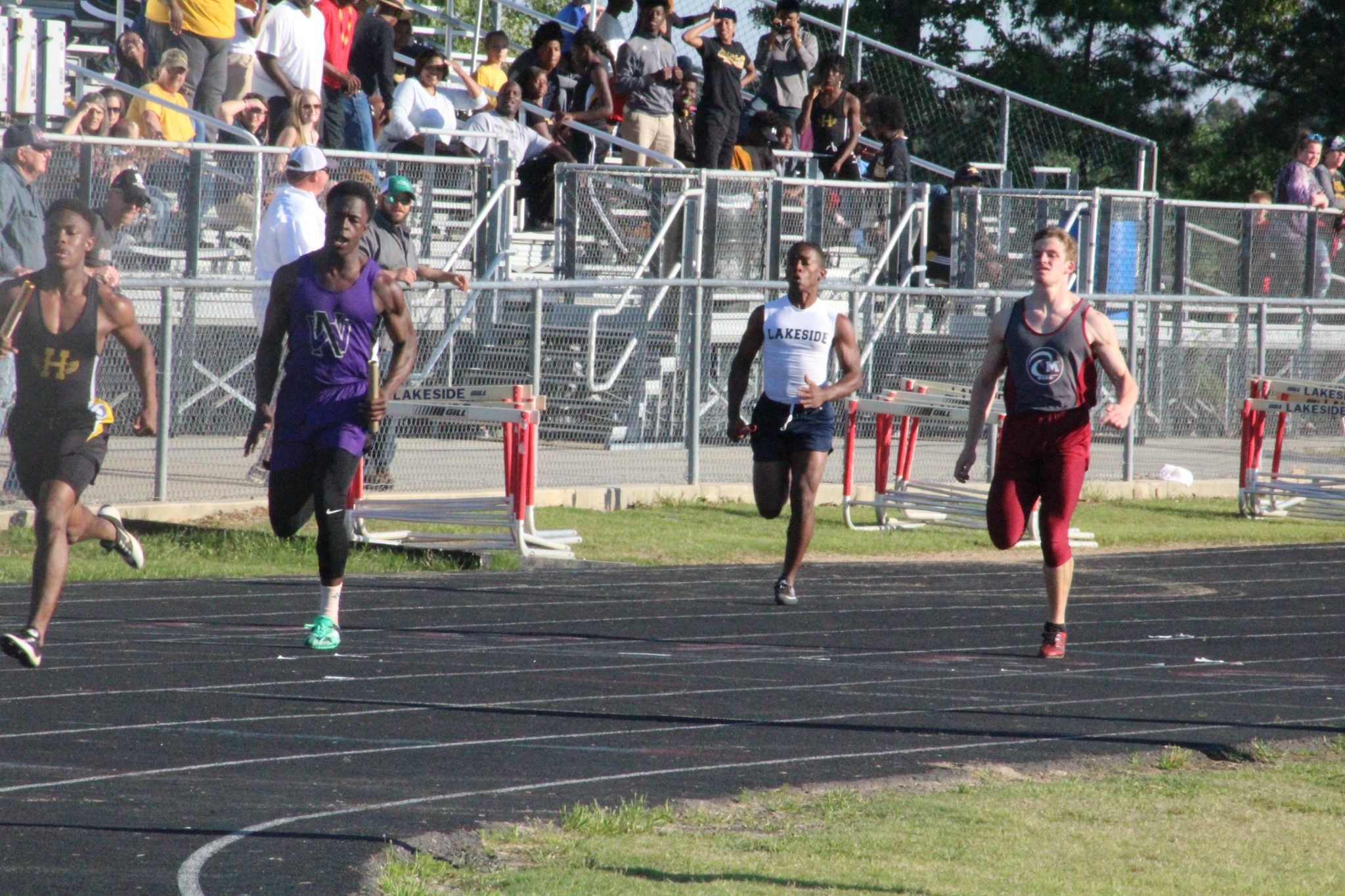 The Lakeside Warrior Relays featured many outstanding performances on the track and in the field with Haynesville winning the girls and boys championships with North Webster as runner-ups and Lakeside third in the six-team Claiborne-Webster battle.

Minden, Homer and Doyline rounded out the six-team field.

The sprints were dominated by Haynesville’s Kavacion Webster and North Webster’s Jada Greenard.

Lander then took the 3200 with the second-best time in the state this year at 11:31. Finishing second to Lander was Lakeside’s Laney Lindbergh.

Needham would win the 1600 with a personal best of 5:48 while Kerrigan Zachary finished second at 6:15.

In the field events, Jhasmine Lewis won the high jump at 5’0” and Jordan Richard threw a personal best in the shot, going 46’8” to place third. Hayden Finley and Adam Petty tied for second in the pole vault at 9’6”.

Next action for Lakeside will be the Haughton Relays on Thursday, April 14.