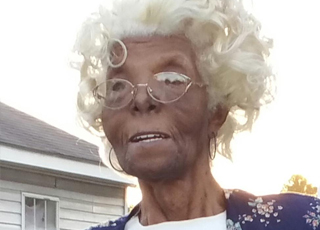 Facebook
Twitter
Linkedin
Email
Print
Homegoing celebration services for Hazel Smith will be held Saturday, July 2 at noon in the chapel of Kennon’s Mortuary with the Rev. Booker T. Scoggins Jr. officiating. Interment will follow at the Sheppard Street Cemetery.

Hazel B. Smith was the oldest child of Edmond and Rosella Bradford. She was born on June 23, 1930 in Minden.

At the age of 14, she left home to live and work for a family in California. While away, she met and married Airman Leroy M. Smith. They later adopted a baby boy, Robert who preceded her In death.

Hazel was a resident of Tucson, Arizona from 1958 until 1996. While living in Arizona, she joined the Baptist Church. Upon relocating to Minden, she united with St. Rest Baptist Church and attended there until her health worsened.

She departed this earthly life on June 26. She was preceded in death by her parents; her son, Robert; three sisters, Merdis, Geneva and Norma Jean.

Visitation will be held Friday, July 1 in the chapel of Kennon’s Mortuary from 10 a.m. until 7 p.m. Services are entrusted to Kennon’s Mortuary. Email condolences may be sent to kennonsmortuary@suddenlink.net.