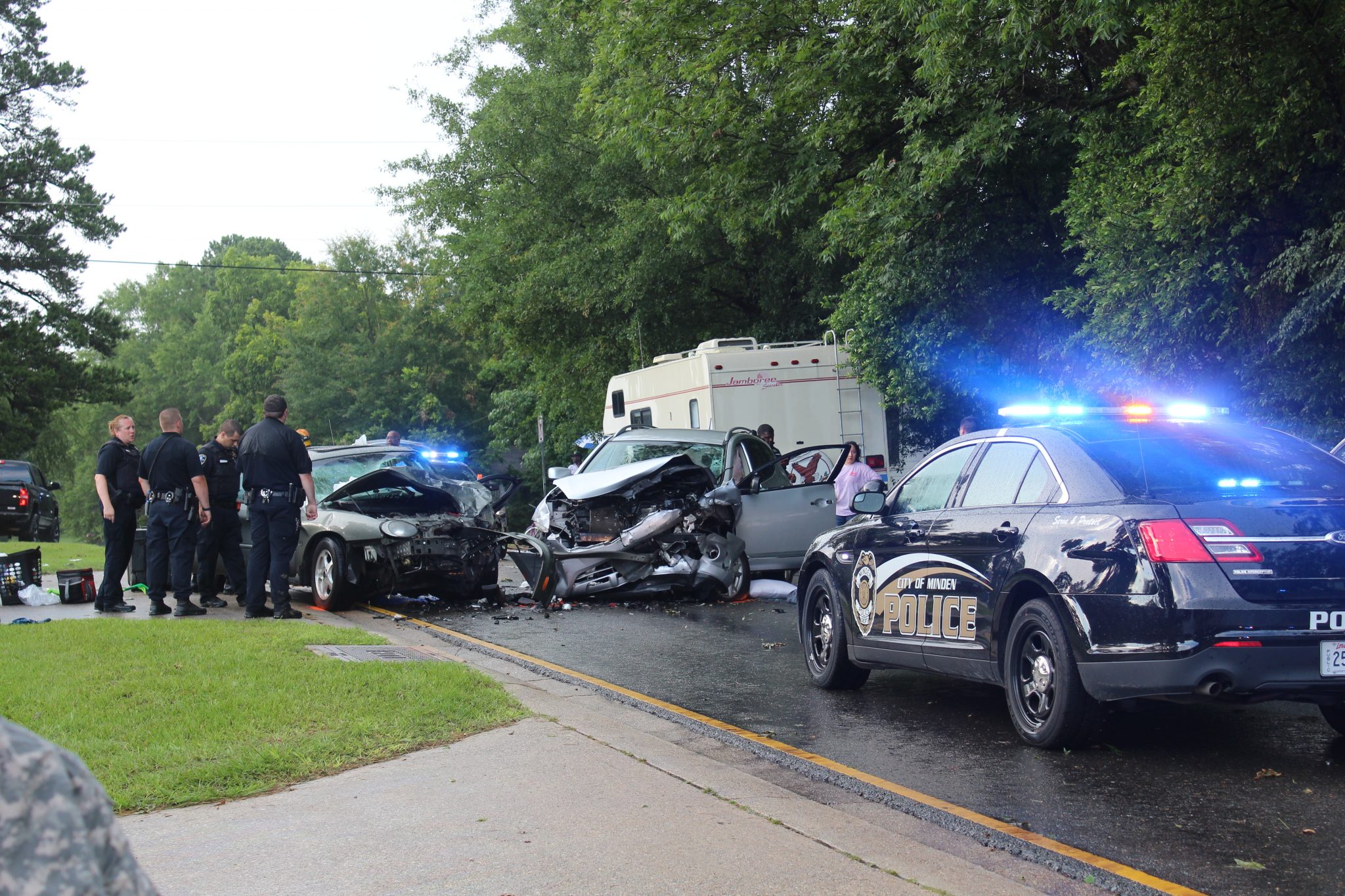 The crash happend just before 6 p.m. on Lee Street at Chestnut Street. Minden Police say Pedro Rodriguez of Montgomery, Alabama was traveling the wrong way on Lee Street and struck a vehicle being driven by Lauralei Smith head-on. Smith’s vehicle was then struck from behind by a motorcoach.

Minden Fire Department Rescue had to cut Rodriguez from his vehicle and suffered moderate injuries. Smith died from injuries sustained in the crash.

Rodriguez reportedly told police he was following directions of his GPS.

Eyewitnesses say at the time of the crash, heavy rain was falling.