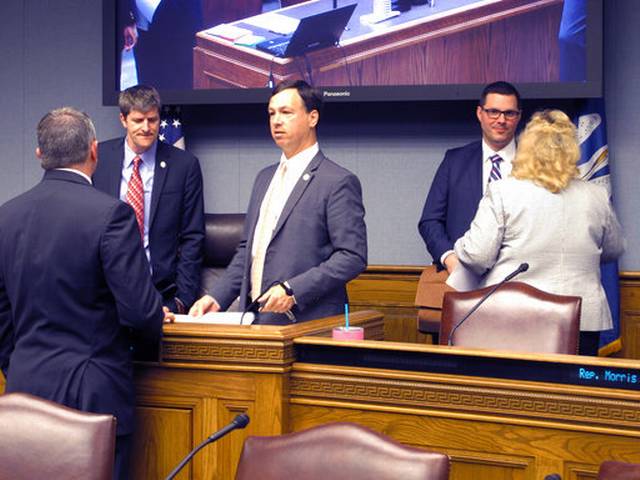 BATON ROUGE — Lawmakers on the House tax committee quickly launched their work Tuesday on the main debate of the legislative session: whether and how to rewrite Louisiana’s tax laws.

The House Ways and Means Committee began vetting tax proposals a day after the two-month legislative session opened. They have a hefty task, as more than 140 House tax bills have been filed.

Tuesday’s hearing concentrated on personal income taxes. Hearings later this week will focus on business and sales tax ideas, but no votes are expected, and not all proposals discussed during the hearings are filed.

Chairman Neil Abramson, a New Orleans Democrat, said lawmakers are trying to determine how bills fit in a package. He didn’t give a timeline for when the committee will start voting on what to send to the full House for debate.

“We do not vote on bills until we have fiscal (analyses) and until we feel comfortable that we have all the information about which bills go together,” Abramson said.

Central questions of the debate include whether lawmakers want to replace all of the $1.3 billion in temporary taxes expiring in mid-2018 and whether they want to raise money beyond that, as Gov. John Bel Edwards wants.

Edwards, a Democrat, says the state needs to overhaul its tax structure to end years of budget instability. Some Republicans have shown resistance to anything beyond replacing the expiring revenue sources. Other GOP lawmakers have indicated they don’t even want to fully replace the temporary taxes, preferring to cut state government spending. It’s unclear, however, where those cuts would be made or what services would be eliminated.

Another point of dispute is whether to shift more taxes to business, as Edwards proposes.

Philosophical divides were on display Tuesday.

“The taxpayers and the average man and lady that gets up and goes to work, they’re paying their share, and they’re probably paying more than their share,” Havard said.

Rep. Jim Morris, a Republican from Oil City, said he’s been hearing from people and businesses urging him not to raise taxes, but to reduce government.

Havard replied that he supports cutting waste, but he said the state is “handcuffed” by a system in which special interest groups “have all been protected for far too long and critical services have not been protected.”

“Louisiana has been very generous to the business community,” Havard said. “I think it’s time they help us when we’re in a bind.”

Dawn Starns, state director of the National Federation of Independent Business, said 75 percent of small businesses in Louisiana file taxes through individual income tax forms. She said the organization supports a simpler tax system, rather than one that carves out exemptions for certain business types.

In a budget hearing next door, Rep. Blake Miguez, an Erath Republican, took aim at Edwards’ proposal to enact a new business tax on a company’s gross receipts.

“The last thing we want to do is hurt business. We know our economy is in a very fragile position,” Miguez told Revenue Secretary Kimberly Robinson.

Edwards’ gross receipts tax bill hasn’t been filed, so it’s not clear how it would affect specific businesses.