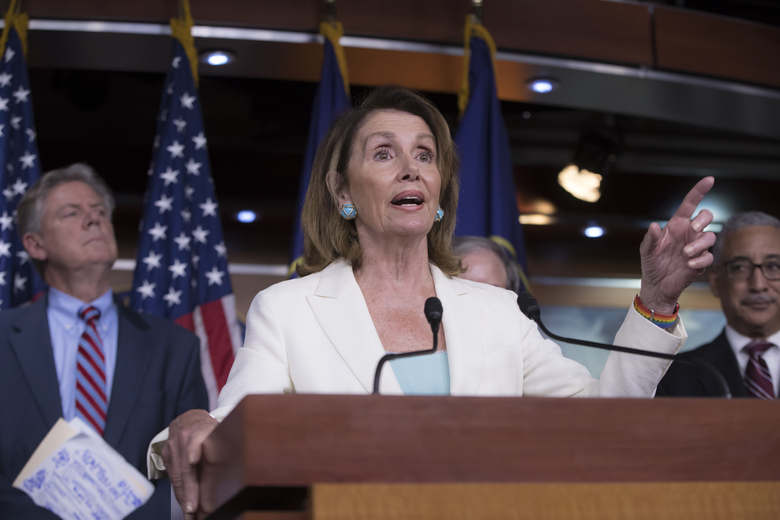 WASHINGTON — The House rejected Monday a plan to allow the Department of Veterans Affairs to shift $2 billion from other programs to cover a sudden budget shortfall in its Choice program of private-sector care following opposition from veterans’ groups.

The vote was 219-186 on a bill to provide a six-month funding fix, falling short of the two-thirds majority needed to pass. House Democratic Leader Nancy Pelosi joined other members of her party in voicing objections after veterans expressed concerns about cuts to other parts of the VA. The Choice program offers veterans federally paid medical care outside the VA and is a priority of President Donald Trump.

House negotiators now planned to meet with the Senate, where lawmakers were crafting a separate proposal.

Put in place after a 2014 wait-time scandal at the Phoenix VA hospital, the Choice program allows veterans to receive care from outside doctors if they must wait 30 days or more for an appointment or drive more than 40 miles to a VA facility. VA Secretary David Shulkin has warned that without congressional action Choice would run out of money by mid-August, causing disruptions in medical care to thousands of patients.

Rep. Tim Walz of Minnesota, the top Democrat on the House Veterans Committee, criticized the required spending offsets and urged members to oppose the plan. He suggested it would be folly to ignore the views of major veterans’ groups and pass a flawed plan, only for it to be rejected in the Senate.

“The fact that Republican leadership is requiring offsets for direct patient care for veterans is troubling,” Walz said.

Rep. Phil Roe of Tennessee, the chairman of the veterans’ panel, had argued quick action was needed to address the shortfall. He rejected descriptions of the proposal as “privatization.”

Sen. Johnny Isakson of Georgia, the Republican chairman of the Senate Veterans Affairs Committee, has been working to reach a compromise and his office declined to comment. The panel’s top Democrat, Jon Tester of Montana, introduced a bill earlier this month that would provide equal levels of extra funding for Choice and VA programs.

At its national convention in New Orleans Monday, the leader of Veterans of Foreign Wars took aim at Trump over the House plan, describing the proposal as unacceptable privatization. VFW National Commander Brian Duffy said it would lead to higher out of pocket costs for veterans and harm their care. VFW members in the convention hall were heard chanting “No” to the plan.

“It would violate the campaign promise that President Trump told our convention a year ago — a promise that the VA system would remain a public system because it is a public trust,” Duffy said.

Separately, the House also voted Monday to significantly expand college aid for military veterans, removing a 15-year time limit to tap into educational aid and increasing benefits for thousands in the National Guard and Reserve. It was the biggest expansion of the GI Bill in a decade.

Veterans’ groups cheered the proposed expansion to the GI Bill but drew a line with Choice. They see the House proposal as setting dangerous precedent because it takes money from core VA benefits to pay for private-sector care. The plan would trim pensions for some veterans and collect fees for housing loans guaranteed by the VA.

“Veterans’ health care benefits have already been ‘paid for’ through the service and sacrifice of the men and women who wore our nation’s uniform,” the groups said.

Congress approved the Choice program in 2014 after the scandal at the Phoenix VA, in which some veterans died while waiting months for appointments. During the 2016 campaign, Trump criticized the VA for long wait times and mismanagement, pledging to give veterans more options in seeing outside providers.

Currently, more than 30 percent of VA appointments are in the private sector, up from fewer than 20 percent in 2014, as the VA’s more than 1,200 health facilities struggle to meet growing demands for medical care.