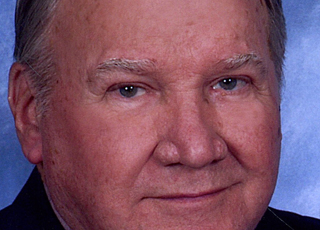 Facebook
Twitter
Linkedin
Email
Print
Howard Bernard Lindsay, age 82, went home to be with the Lord on the evening of May 7, 2016. He passed away at home from a lengthy illness surrounded by his loving family.

Howard was born Oct. 19, 1933 in Camden, Arkansas. He was the 11th of 12 children born to Emmett L. and Juanita Jones Lindsay. He moved with his family to Shreveport in 1943 where he attended Queensboro Elementary and graduated from Fair Park High School in 1951. Howard moved to Sibley in 1973 where he lived with his wife and family for 38 years. In 2011, he moved to Minden.

Mr. Lindsay was retired from the printing industry having worked over 42 years. He served in the U.S. Army Signal Corp. during the Korean Era. He is preceded in death by his parents, seven brothers and three sisters.

Mr. Lindsay was an active member of The Living Word Worship Center in Minden, Louisiana for over 20 years and he deeply loved his church family and friends. He enjoyed spending time with his family, camping, woodworking, and gardening.

Visitation for Howard Bernard Lindsay will be held Wednesday, May 11, from 10 a.m. until noon at Rose-Neath Funeral Home in Minden. Officiating pastor will be grandson, Bradley Brandt of The Gathering in Mesquite. Graveside services will be at Lane Memorial Cemetery in Sibley at 2 p.m.

In lieu of flowers, contributions may be made in his name to your favorite ministry or organization.

The family thanks D. McCoy, Regional Hospice and special sitters Maria and Lisa.