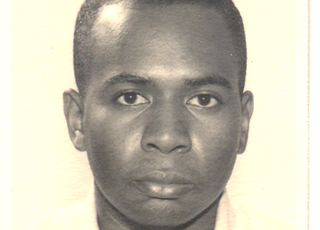 On Nov. 21, 1941, James Doyle and Mary Jones Doyle were blessed with a son, “Jai.” He confessed Christ at an early age, and he was baptized at the Mt. Pero Baptist church in Sibley. His spiritual life was further nurtured as he united with the Saint Rest Baptist Church of Minden. Bro. Doyle faithfully volunteered his musical talents to the Saint Rest Baptist Church Male Chorus until he made his heavenly transition.

After graduation, he served his country for four years in the United States Air Force. He was also an educator in the Webster Parish School System. His later years were occupied by his visiting and transporting the sick, providing assistance to the needy and by demonstrating hither qualities of a true humanitarian.

He was preceded in death by his father, James Doyle Sr. and by his mother, Mary Jones Doyle, and by a special “sister,” Mrs. Addie Harvey.

Funeral services were at 11 a.m. Tuesday, Dec. 15, 2015 at the St. Rest Baptist Church of Minden under the direction of the Miller Pioneer Funeral Home. Pastor Benjamin J. Martin officiated.