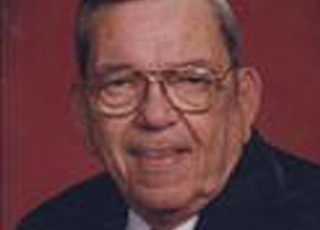 James Aubrey passed away Sept. 15, 2016, peacefully with family by his side. James was born in Homer, July 18, 1929, to Herman Samuel Aubrey Sr. and Mildred Ryan Aubrey. James had one older brother, James graduated from Homer High School in 1945 and was accepted into Texas A&M University. He loved being a Texas Aggie and would be the first one to tell the Aggie jokes or share his stories about hitchhiking home on the “Aggie Line” during the holidays.

James loved sports, he was known for having three televisions in his living room in the 60’s to watch all three networks at one time. He never met a stranger and would argue with you until the cows came home that he was always right!

James is preceded in death by his wife of 48 years, Betty Sue Alexander and oldest son, Danny Keith Aubrey Sr. and is survived by his children, Robbie Aubrey and wife Donna of Benton; Beverly Collier and husband, Scott of Stonewall, several grandchildren and great-grandchildren.

In lieu of flowers, James Aubrey requested that no one vote for Hillary Clinton in this year’s presidential election!

“I have clung to the old Rugged Cross and now I exchange it for a crown.”