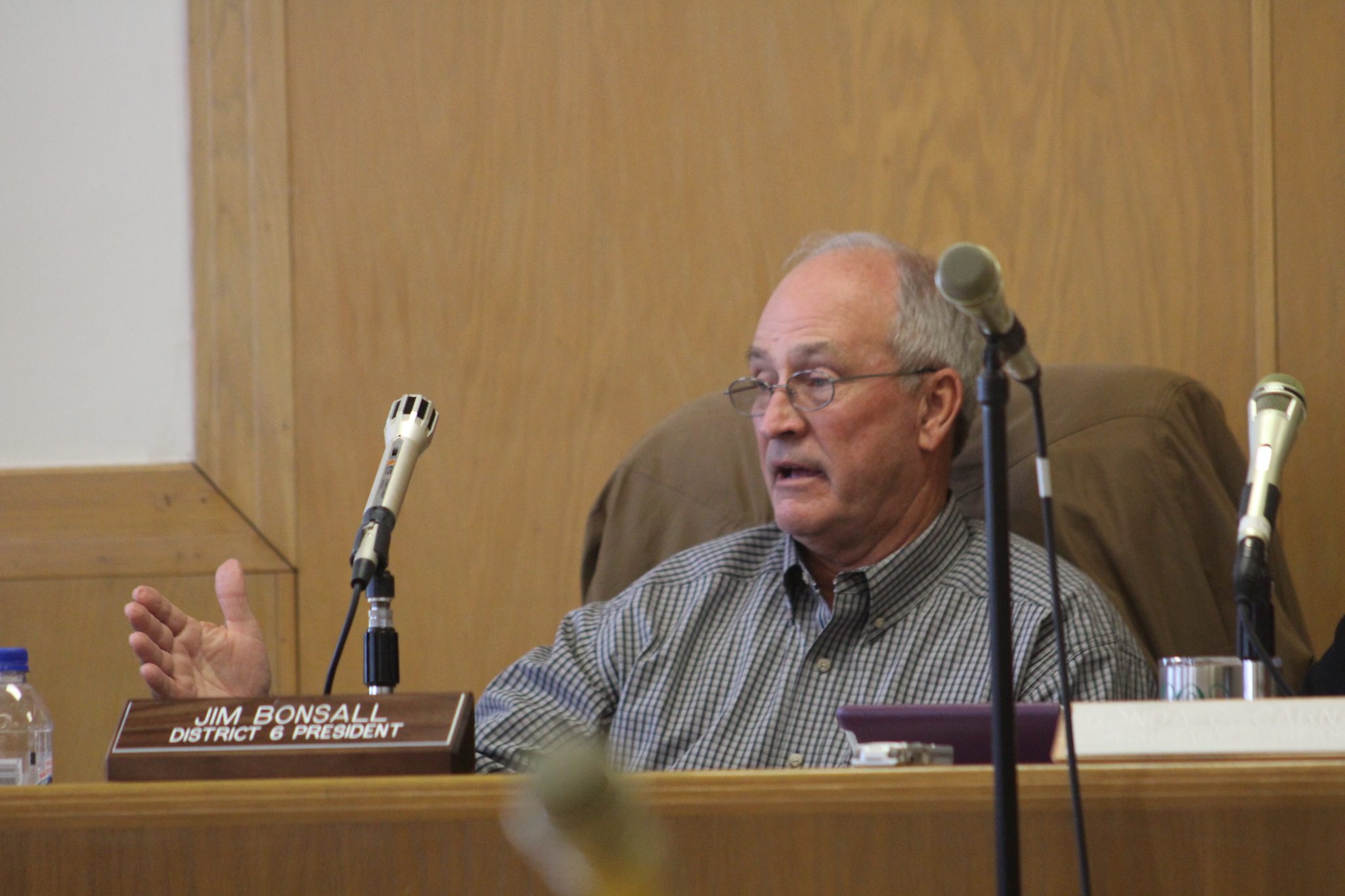 A divided Webster Parish Police Jury was unable to reach a majority vote on who would lead the governing body in 2017, resulting in Jim Bonsall continuing as president.

Parish attorney Patrick Jackson explained the jury president may be changed at any time.
“When you have seven votes, the jury can change the president,” he said. “At any time, not just when it comes up for discussion at the beginning of the year.”

“After talking with a few [jurors], it is apparent to me there is a division,” said Samuel Mims, active community member. “The Bible says you have to have a vision or the people perish. I don’t have a high opinion of this parish. We have great potential. We can be better than what we are.”

Audience comments suggested the jury find a way to work together and move past differences for the benefit of the parish, suggesting that there is a lack of unity and a group of deaf ears.

Gilbert agreed with the audience comments as did Cox.

“I hope more dialogue and public participation comes out of this,” Cox said. “We may be divided, but I think we all have good intentions, just different ideas.”

Blanton said he did not feel the split decision equates to division.

“I’m not divided. I am for Webster Parish,” Blanton said. “I think we can all come together. It’s not personal. I think [Jim] does a great job and we will have a good year.”
Daniel Thomas shared similar sentiments as Blanton.

“Different ideas is not bad. It doesn’t mean we are not unified,” Thomas said. “We disagree and have different opinions and that is good for the parish.”

Randy Thomas stated he felt some jurors and citizens were trying to create a division.

“I was told by people off the jury there were enough votes to up-seat Jim,” Randy Thomas said. “But it appears that is not the case. When I hear or see comments tearing down the jury, I find that offensive to Webster Parish.”

Moseley posted comments on social media that alluded to issues and inappropriate actions surrounding the Webster Parish Police Jury a few days before the January meeting.

“It was no secret that I was going to nominate Nick for the position, even though I have a lot of respect for Jim,” Moseley said. “Change is hard, but a lot of times change is the best thing that can happen.”

Moseley said he did not intend for his post to be offensive and that he has been accused of slander.

“We can’t deny our parish is on life support,” he said. “My intention is to pull us out of the rut we are in.”

Bonsall said changes will be made to the jury’s committees and to communication with jurors to address complaints.

“I have never thought we all ought to have the same opinion,” he said. “If everyone votes the same all the time, then we would only need one juror.”

Bonsall said jurors should feel empowered to work on issues in the parish.

“I want to help you. Bringing the problems to the jury’s attention is part of being a juror,” he said. “Today’s vote doesn’t leave me with hard feelings. It is just part of the process and I promise you I will try harder to make it better.”