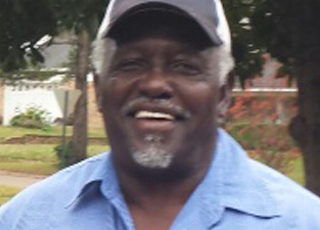 On Saturday, Feb. 13, 2016, God’s Angels gathered together at Lifecare in Shreveport and called the name of Johnny Howard Jr. to join His Mighty Kingdom of Heaven.

Johnny was born on Dec. 3, 1940 to Bertha Wise-Howard and Johnny Howard Sr. in Jamestown. He attended Southside High School in Ringgold and received his high school diploma with the class of 1961.

He accepted Christ at an early age at the Ebenezer Baptist Church in Jamestown. He was a faithful member, a Deacon for over 50 years, and served as chairman of the Deacon Board. Johnny was also the church treasurer and assistant superintendent of Sunday school for many years. He happily provided transportation for members to and from church. Deacon Howard loved his church and church family.

On Aug. 18, 1962 he united in marriage to Eddie Mae Jordan. To this union two beautiful daughters were born, Katherine Howard Jeter and Theresa Brown. He was a very devoted husband and father.

Johnny was employed at Riley Bearid Industries for 38 years as a welder before retiring. On Feb. 14, 2004 he entered into his second marriage. Johnny joined in holy matrimony to Helen Webb and accepted her two amazing daughters as his own. They remained married until death did they part.

He was a sweet, kind, giving soul. Johnny never met a stranger. He loved his wife, children, and family—but most of all Johnny loved the Lord Jesus. His life has left footprints that shall never be erased from the heart of all that met and knew him. He shall be dearly missed.

Funeral Services for Mr. Johnny Howard Jr. will be at 12:30 p.m. Saturday, Feb. 20, 2016 at the Carter Memoria Baptist Church. The Rev. Kenneth Jenkins, Pastor will officiate. Interment will follow at the Providence Cemetery.