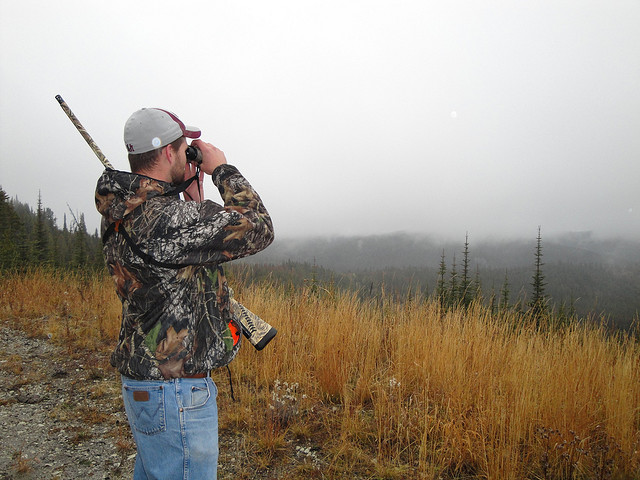 U.S. District Court Judge Dee Drell wrote in the Friday ruling that there was “substantial evidence” to support the Forest Service’s decision and that attempts to call into question the data the federal agency used to support the ban were “unpersuasive.”

One of the hunters, Robert Trent Hollingsworth, said Monday that they are “disappointed” in the judge’s decision and weighing their next steps.

“I thought we presented a good case to get it overturned,” Hollingsworth said. He emphasized the camaraderie of dog-deer hunting, saying it was something he often enjoyed doing with his family. “It’s something that I’ve done since I was a little boy. I’ve taken both my daughters.”

The Kisatchie National Forest consists of more than 600,000 acres stretching across seven parishes.

In dog-deer hunting, hunters release dogs into a forest to find the deer and drive them into a clearing.

The Forest Service first proposed the ban in 2009 and it went into effect in 2013. The Louisiana Sportsmen Alliance sued in 2012 but that challenge was dismissed by Drell. He ruled that the Forest Service’s ban was “narrowly tailored and not arbitrary,” and that “the law empowers the agency to make precisely the kinds of decisions made here.”

The group appealed and then the 5th U.S. Circuit Court of Appeals upheld Drell’s ruling in 2014, saying the Louisiana Sportsmen Alliance lacked “standing” and never alleged any concrete injury to its members.

In May 2016, the alliance and three hunters filed another lawsuit aimed at overturning the ban.

When the Forest Service proposed the ban, they cited public safety concerns and conflicts between hunters and landowners who complained of gunshots near their homes and trespassing dogs. Others who hunt deer without dogs also complained, calling the practice disruptive and unsportsmanlike.

Hunters argued the ban was based on faulty data and that none of the citations were attributed specifically to dog-deer hunters.

Hunters had also argued that the Forest Service didn’t consider the social or cultural aspects of the ban.

But the judge disagreed, writing that the Forest Service doesn’t just have to evaluate the social and cultural impacts of the ban on dog-deer hunters but on everyone who uses Kisatchie. And ultimately forestry officials concluded that the vast majority of people using the lands would benefit from the ban, he wrote.