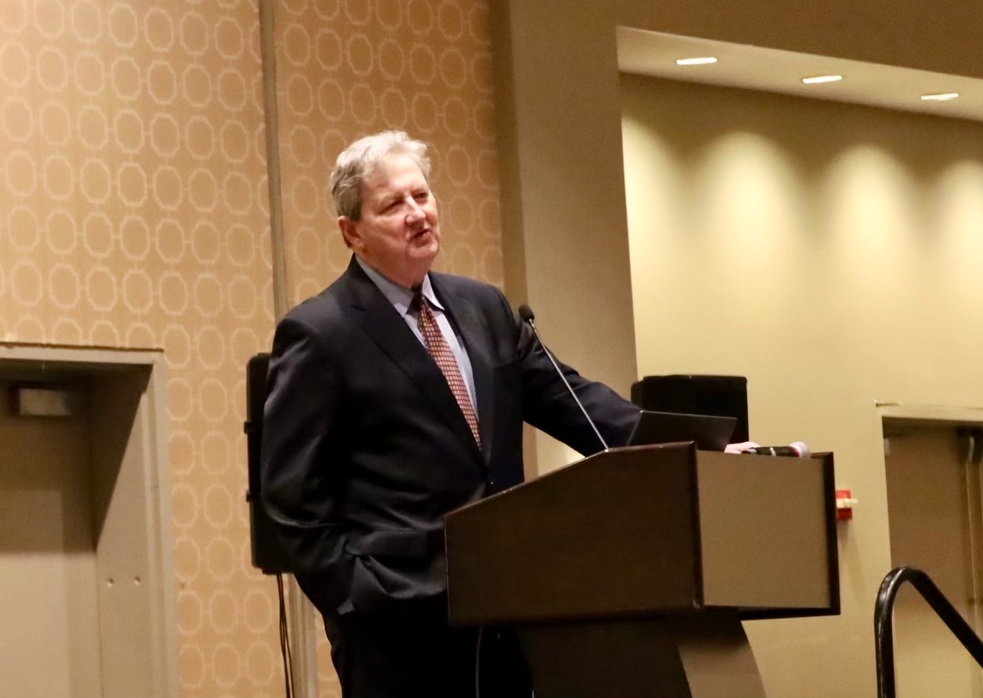 “I am proud to welcome scientists and researchers from around the world to Louisiana as the American Innovation and Manufacturing Act starts to do its work protecting our jobs and environment.”

NEW ORLEANS – Sen. John Kennedy (R-LA) today addressed environmental and health experts from around the globe at the 42nd International Symposium on Halogenated Persistent Organic Pollutants in New Orleans. The group of scientists meets annually to discuss environmental pollution, methods of pollution prevention, human exposure and the health effects of pollutants, among other topics.

The Louisiana State University (LSU) Superfund Research Program hosted the event in the U.S. for the first time in more than a decade.

“I am proud to welcome scientists and researchers from around the world to Louisiana as the American Innovation and Manufacturing Act starts to do its work protecting our jobs and environment,” said Kennedy.

Kennedy led the effort to pass the AIM Act into law with overwhelming bipartisan support. The law helps U.S. industry transition away from hydrofluorocarbons (HFCs) and drives more investments in American-made, next-generation coolants that are better for the environment, cheaper for consumers and good for the economy.

The AIM Act is expected to create 150,000 direct and indirect U.S. jobs, including 33,000 new manufacturing jobs, in places like Louisiana. This will also help protect the more than 1.3 million jobs in the heating, ventilation, air-conditioning and refrigeration sector.

American companies have been at the forefront of developing HFC alternatives for years, and the AIM Act helps promote U.S. leadership in the innovation and manufacturing of these products.

Using these next-generation coolants is also expected to save American businesses and consumers billions of dollars in energy costs over the next 10 years. This would cut costs for Americans during historic inflation pressures.