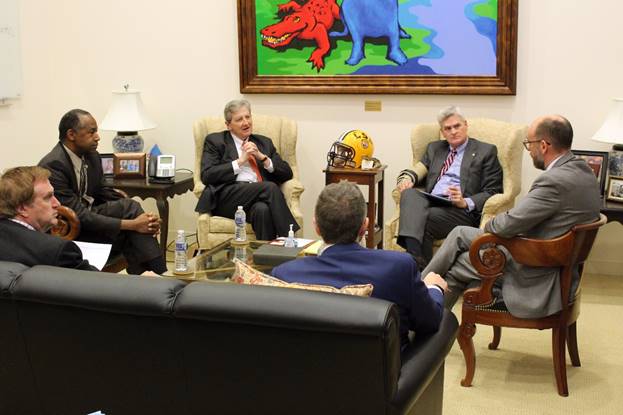 Sens. Kennedy and Cassidy met with Secretary Carson on March 14 to discuss fixing this issue. On March 1, the senators sent a letter to Secretary Carson urging him to immediately address the duplication of benefits issue. On Feb. 27, Kennedy and Cassidy placed holds on two U.S. Department of Housing and Urban Development (HUD) nominees in order to put pressure on HUD and to reiterate the importance of the problem.