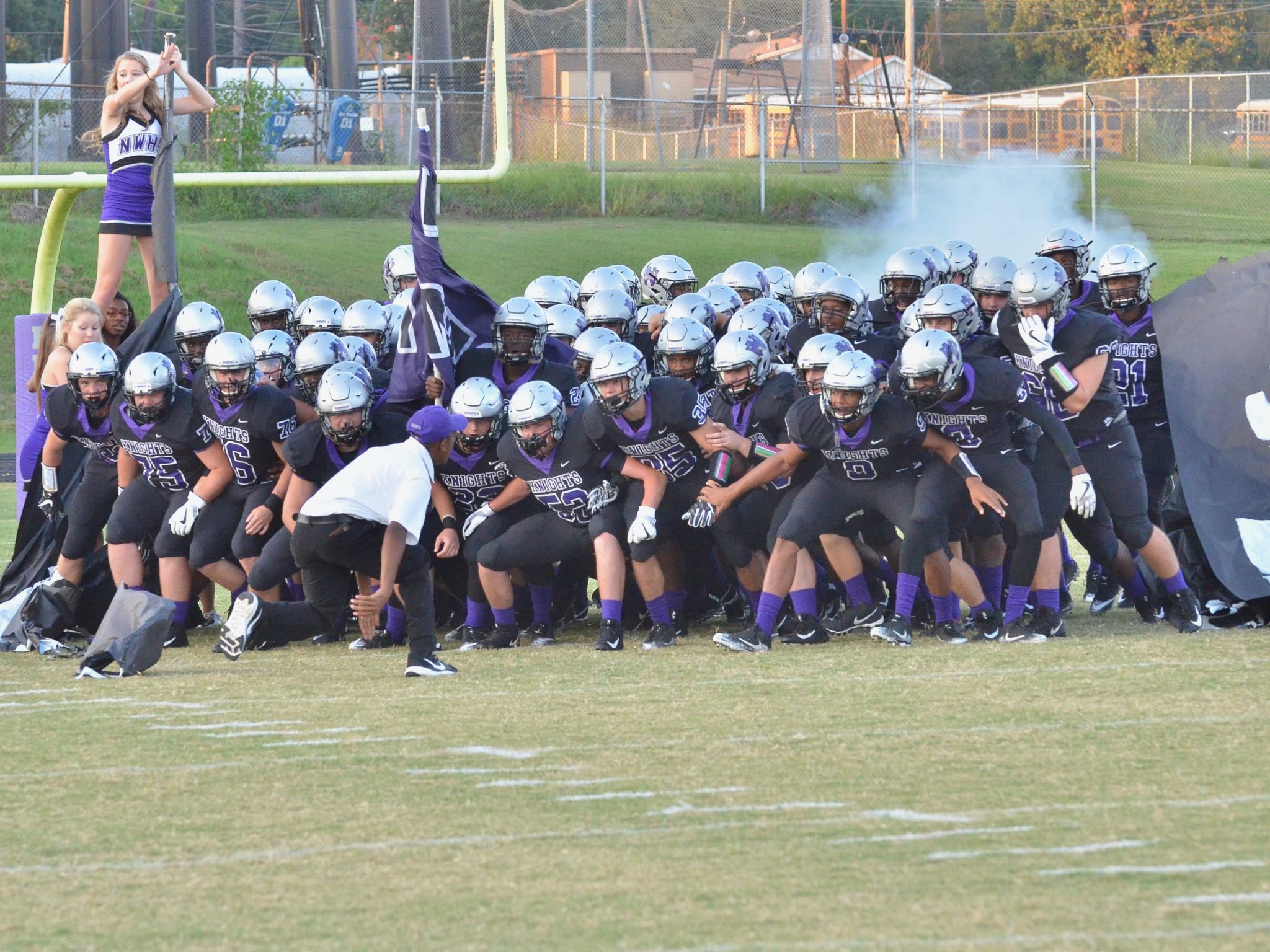 WEST MONROE – It was almost halftime, his team was losing once again and North Webster head coach John Ware was starting to wonder what he had done to anger the football gods.

That’s when the Knights caught fire, going on a tear to end the game and knockout the West Ouachita Chiefs 34-17.

North Webster’s TJ Hawthorne finally broke out, catching a pair of touchdowns from quarterback Tyrell Markray, rushing for a touchdown and returning a special teams touchdown, and the Knights defense made a huge goal line stand before halftime, leading to the team’s first win of the season.

“It was the same offense we’ve been trying to run, we just finally got going,” Ware said. “TJ caught a couple touchdown passes and that was huge for us to be able to hit those. TJ scored on a kickoff return and our punting and kicking game was solid all night. We owe a lot to our special teams.”

The Knights are now 1-3 heading into next week’s game against Southwood where they will look to make it two in a row.