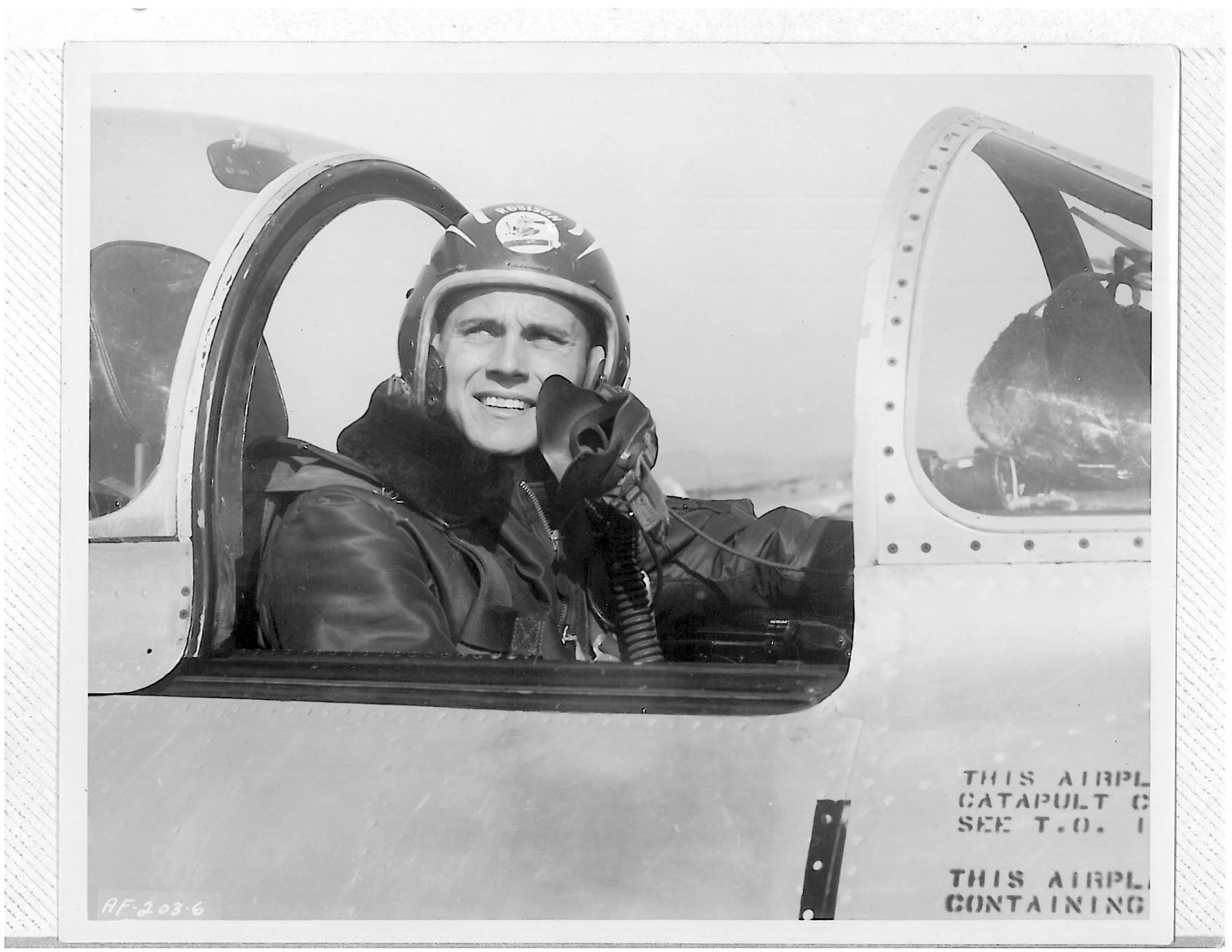 Robison completed 100 combat missions while flying F-86 aircrafts as a pilot in the Korean War, earning the Distinguished Flying Cross, Air Medal, Presidential Unit Citation and Korean Unit Citation. Robison returned to the United States and began working as a Fighter Test Pilot at Eglin Air Force Base in Florida. After three years as a test pilot, he was promoted to Captain and two years later he was transferred to the 4th F.I.W. in Japan.

Following his service, Robison returned to Shreveport and attended a course in agriculture aviation and began working as an Ag pilot with the Lyon Flying Service in Welsh. Another pilot with the flying service led him to flying cotton in Oak Grove in 1960, where he later moved and started Robison’s Flying Service.

Ten years later, he stopped working the fields and used his GI Bill to attend two quarters per year at Louisiana Tech University where he obtained BS, MA and ED.S degrees. Upon completion of his schooling, he suspended his flying and accepted a position as counselor for a Federal Program aimed at pilots in need of treatment for substance abuse.

After three years as a counselor, Robison began taking nursing courses at Bossier Parish Community College, eventually enrolling in the four-year nursing program and earning his BSN in 1992. Robison went to work in the MICU at LSU Medical Center for one year, then the psychiatric ward. After the mandatory three years, he passed the exam for certification as a Certified Psychiatric Nurse. In 2001, Robison retired from nursing.

He is still active in Masonry, American Legion, Air Force Association and Dadelions.

The Minden Lions Club meets every Thursday at noon inside the American Legion Hall on Pine Street.