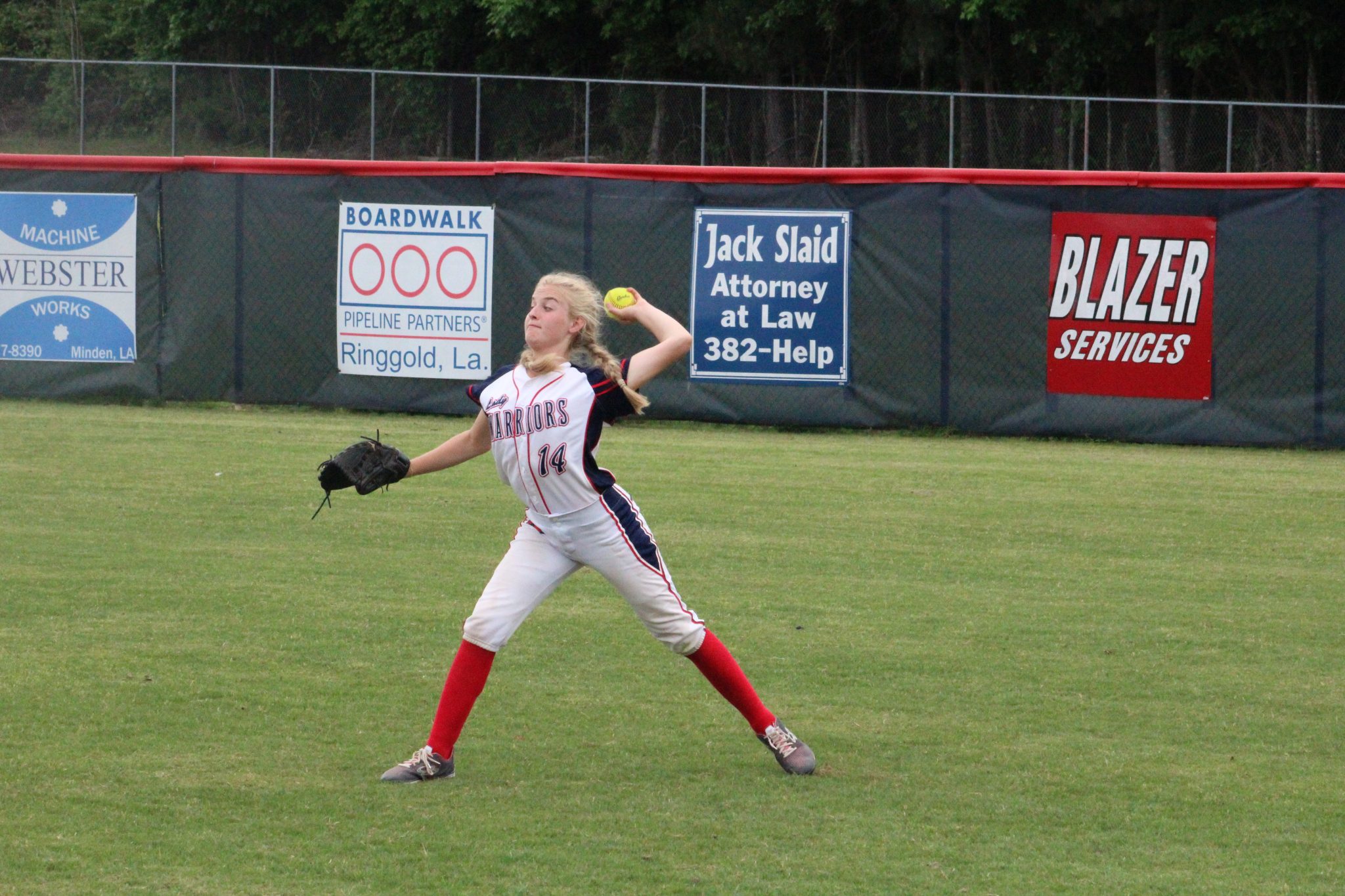 SIBLEY – Lakeside head softball coach Gary Cooper could be seen imploring his team to stay focused and finish.
So goes the job when you’re as young as the Lady Warriors.

Lakeside surged to a 5-1 lead after the first inning Tuesday at home in the first round of the playoffs against Vinton and never looked back, controlling the contest from beginning to end for a 6-3 victory.

It was unfamiliar territory for several Lady Warriors making their first playoff start, such as the Warriors bulldog in the circle, eight-grader Lainey Taylor, who struck out five batters and held Vinton to four hits and one earned run in a complete-game effort.

Lakeside sent five hitters to the plate before Vinton recorded their first out in the first inning. The Lady Warriors five-run frame was helped by a few errors on hard-hit balls.

Sophomore Chelsea Mays led the team with three RBIs thanks to a bases-clearing three-bagger ruled an error. Paige Garland was a perfect 4-4 at the plate with a double.

With only two seniors in the fray, the Lady Warriors are likely one of the youngest teams remaining in Class 2A.

The upstart Lady Warriors will hit the road for their next contest, a second-round playoff game against Loreauville, Friday at 5:30 p.m.