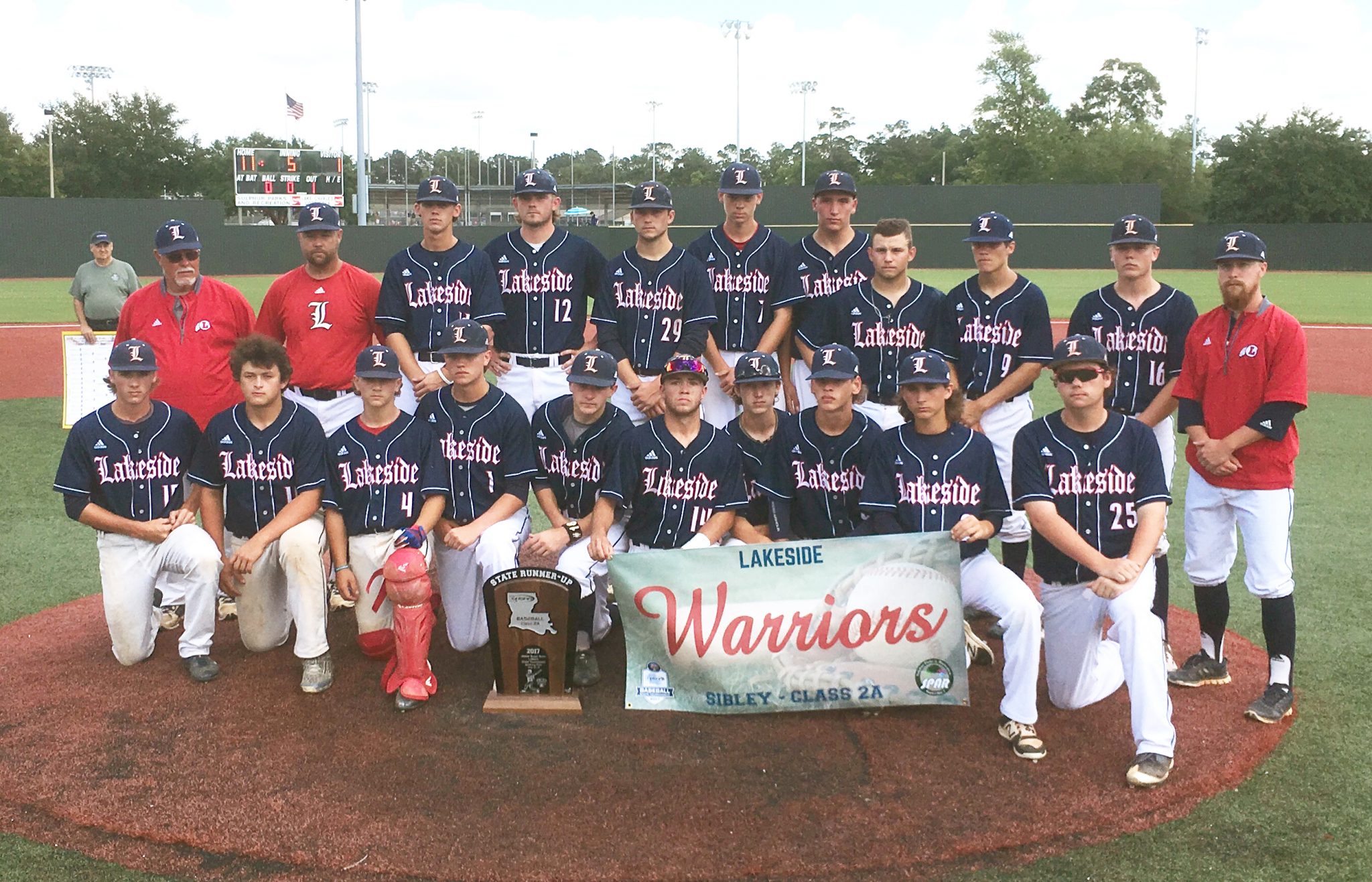 SULPHUR – It was not meant to be.

The Lakeside Warriors certainly did not want to see their unprecedented 30-win season spoiled in five gut-wrenching innings, however a hungry Sterlington Panthers team came with too much firepower Saturday at McMurry Park.

Sterlington pummeled Lakeside pitching from the jump, hanging three runs in the first inning and never looking back, en route to a 11-1 win over head coach Will Gray’s Warriors.

“They swung the bats incredibly well,” Gray said. “It didn’t really catch us off guard. We knew they
could hit the ball the way they did…Hats off to Sterlington, they’re an outstanding baseball team.”

The Warriors sent junior Dalton Crumpler to the mound to start the championship tilt. Crumpler pitched eight innings in a March 17 contest between the Warriors and Panthers, limiting the now state champions to three runs in a 6-3 Lakeside win.

The Panthers were ready this time, rocking Crumpler off the mound after 1.1 innings. Lakeside turned to Colton Carter who struggled in one inning on the hill before Jake Gray came in for the final two innings of duty.

The Warriors didn’t enjoy much success at the plate either, finishing the game with two hits: A RBI single off the bat of Jayke Stewart and a double by Jake Gray. Cameron Gray scored the only Lakeside run, reaching base via walk.

For the two Gray’s inside the lines, it was their final prep game, joining Braydon Jones, who starred in Friday’s semifinal win over Rosepine with a complete game two-hitter, as graduating seniors.

“Our three seniors never quit, they never gave up,” Will Gray said. “That’s why it hurts to lose a game like this. We’re going to miss all three; they leave big holes to fill.”

The three seniors helped lead Lakeside, a program already steeped in traditon, to new heights as the first 30-win team in school history.

They pass the mantle on to six returning starters – all juniors – who return to fight for the elusive final win coveted by every team in the state of Louisiana.

This was Lakeside’s fourteenth trip to the state semifinals and sixth championship-game appearance.

The Warriors are now 2-4 in title games.