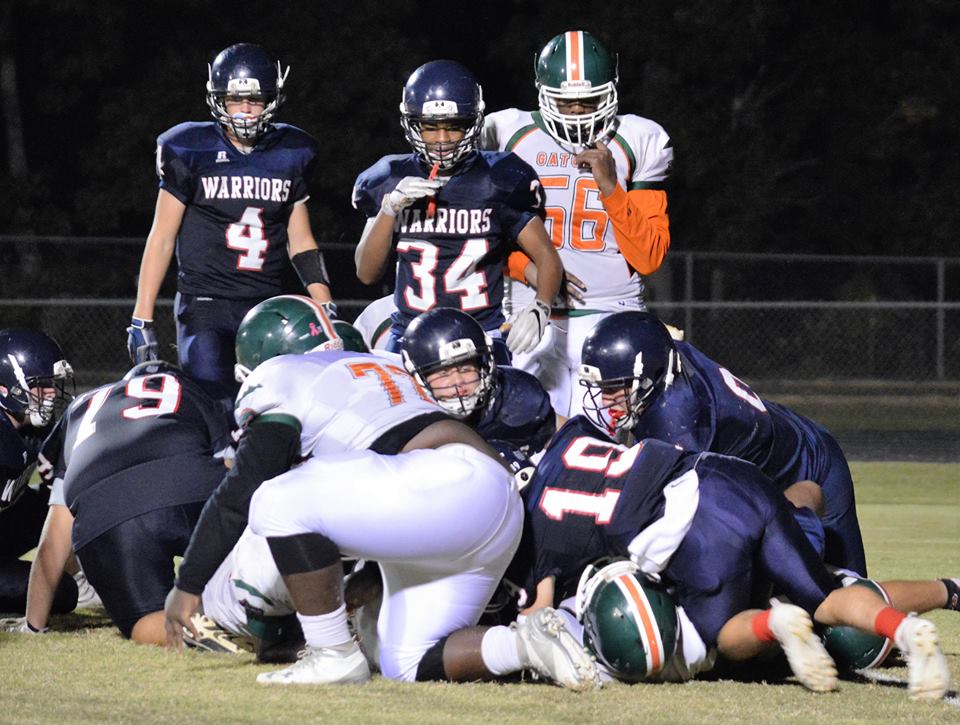 SIBLEY – Lakeside has one more chance to win a game at home this season.

The Warriors will take on the Jonesboro-Hodge Tigers this week on senior night at Lakeside, with this game providing the team’s best chance at recording a win in 2016.

“This would be a huge win for our program,” Lakeside head coach Jason Martin said. “Starting a lot of young guys, it would be big for them to be able to win this game for our seniors. We have a few that have played all four years for us and I know they want to go out with a win.”

The Tigers won their opening game before falling in their last five. Offensively, Jonesboro-Hodge likes to play pitch-and-catch and get the ball out quickly to their bevy of athletes.

“They have a lot of speed,” Martin said. “They have a couple good receivers and a mobile QB. It will be a challenge for us to match their athleticism, but we’ve gotten a lot better at defending the pass in recent weeks. I think we have a good chance to stop them.”

Martin praised freshman Tyler Barber, along with Jayke Stewart and Miguel Urbina as players who have stepped up their play on defense.

The Warrior offense will look to exploit a week Tigers’ defense.

“Brian Jackson has played well,” Martin said. “Chase Mitchell and Miguel Urbina could have big games. Our line is starting some young guys due to injuries, but that will only help us in the future. It’s great for those guys to get live reps against good competition. This is all part of the process; going through some growing pains.”

The Warriors and Tigers will kick off at 7 p.m. in Sibley.