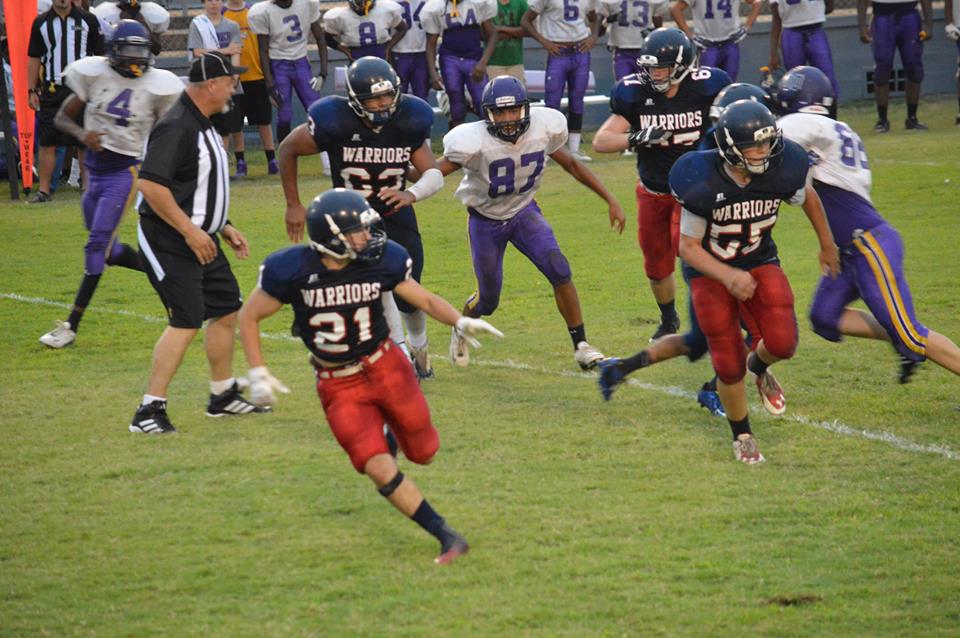 The Warriors had a tough time last week against Homer and Cedar Creek, but with week one of the regular season days away, Pesses is only thinking about getting to 1-0.

“Nothing that happened before this Friday night really matters,” Pesses said. “It’s tough because as student athletes they want to win every week, but in the scrimmage and jamboree we really wanted to see how different packages and groupings would work. Come Friday night, everyone is going for 1-0.”

The key to stopping Ringgold is containing their three-year starter at running back Deondre Scott.

“Scott is a specimen,” Pesses said. “He’s big and fast. He’s a great concern of ours. They have a good quarterback who can run and a big, tall receiver that got us last year.”

The emphasis at practice this week has been wrapping up and getting hats to the ball.

“Everybody has to rally to the ball,” Pesses said. “We always preach that, but we really amped it up this week. If you try to arm tackle him (Scott) or solo tackle him, he’s not going to go down very often.”

On offense the focus will be execution.

“We can’t shoot ourselves in the foot,” Pesses said. “By that I mean no penalties, the line blocking to the whistle and the backs hitting the whole. Everyone has to do what they’re supposed to for our offense to function properly. I want to see our offense line staying low this week against some big defensive lineman.”

The Warriors and Redskins will take the field at 7 p.m. in Ringgold on Friday.