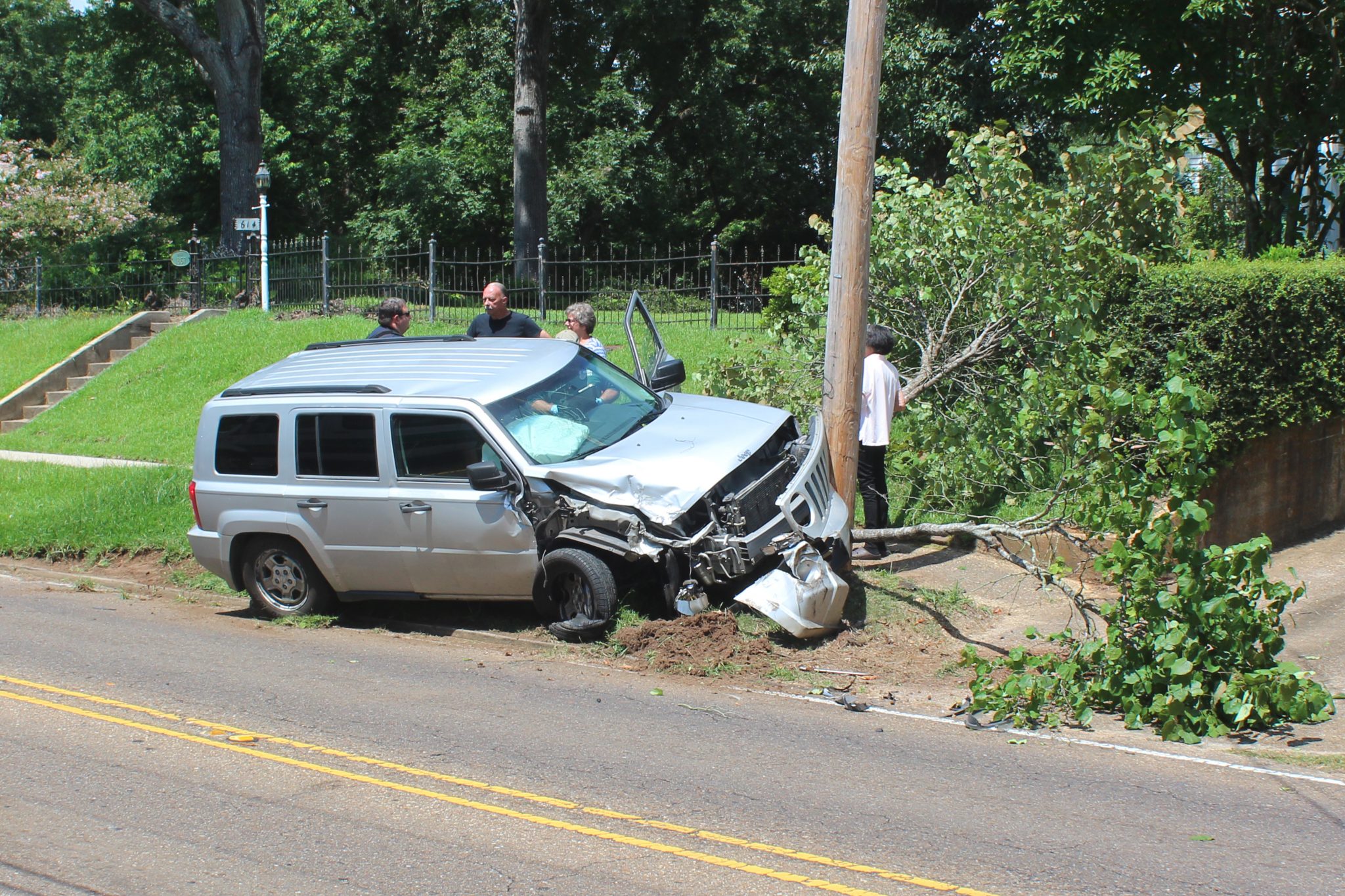 The crash occurred just before 3 p.m. in the 500 block of Lewisville Road.

According to reports, Wesley Hicks, 24, was driving a silver Jeep Patriot at a high rate of speed south in the northbound lane.

K. Sims was traveling northbound on Lewisville Road when she attempted to swerve out of the way to avoid a head-on collision, she told the Press-Herald following the crash.

Hicks hit Sims’ Chevrolet Tahoe causing damage to the rear passenger side and ripping the tire off before plowing over trees and hitting a utility pole head-on.

No injuries were reported.

Hicks and his passenger, Katherine Mueller, 23, were taken into custody following the crash.

Synthetic marijuana was reportedly found in the car Hick’s was driving.

Hicks was booked into Bayou Dorcheat Correctional Center on charges of driving while intoxicated first offense, possession of a schedule one drug with intent to distribute and possession of drug paraphernalia.

Mueller was booked on charges of possession of a schedule one drug with intent to distribute and possession of drug paraphernalia.