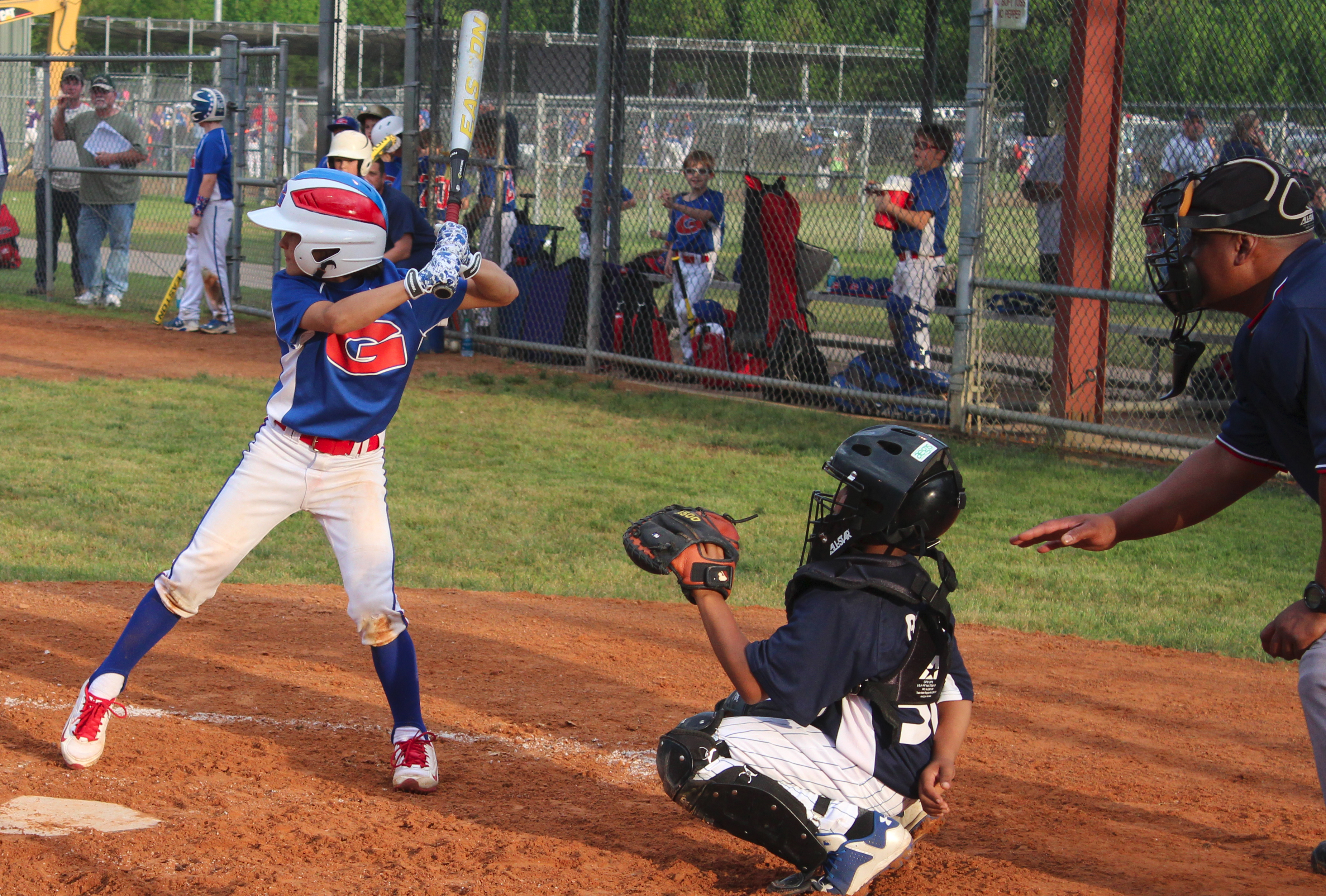 Chelsea Jackson and Mattlyn Price singled twice to lead State Farm and Keyonia Richardson and Kambree Frizzell had base hits.

Gracie Green led Fuzion with a homerun, followed by Tatum Hays with a double and Miranda Crabtree with a base hit.

Kaydree Kemp and Kaleigh Foster had base hits for the Tigers and Piper Stevens struck out six
batters.

Audrey Plants and Sarah Disotell had the only base hits for First United Methodist.

Plants also struck out three batters in the circle.

Compton had the only hit for the Heat, a single.

Myers was the winning pitcher for Haughton, striking out eight.

For Pink Pratique, Sha-Sha Whiting had a single.

Zimya Manning led the way with three strikeouts from the circle for Pink Pratique.

Landon Brewer and Malachi West had big base hits for Defiance to lead the way.

Matthew Michaels and Hunter Sutton had the only base hits for Alpha.

Bryce Powell led Lions Club with a triple, Jake Wilkins had a double and Ethan Latour and
Dayton Sims came through with base hits.

Jake Wilkins also struck out 10 batters on the mound for the win.

Jacob Powell tripled and singled, Cooper Chase tripled and Chase Tolbert and Broox Swain had two base hits each for Minden Athletic. Kendall Flournoy and Luke Vining rounded out the attack with a base knock.

Hayden Harmon tripled to lead Alpha Railroad, and Price Miller singled.
Miller struck out eight batters for Alpha, while Chase Tolbert had a huge night on the mound, striking out 13.

The highlight of this game was Blaine Sparks, who tossed a no-hitter and struck out eight
batters.

Grayson Lamar and Connor Dunfrey combined to strike out seven batters for the Braves.

Jake Walker tripled and singled to lead the Tigers and Parker Hall added a base hit.

Walker struck out 12 batters on the mound for the Tigers, and Jackson Powell sat down five
batters.

Jackson Mayfield and Grady Brasher had doubles for the Bulldogs, and Carson Parker, Conner
Heard and Jonathan Parkerson added base hits.

Grady Brasher struck out seven batters on the mound.

For the Rangers, Jake Chumley had the only base hit, while Trevor Chachre struck out seven
batters.

Richardson had a big game on the mound, striking out 10 batters.

Trevor Randle and Braedon Frye tripled to lead Lakeside, while Alex Haynie had two singles and
Eric Lander had a base hit.

Chris Stewart led the Warriors on the mound with three strikeouts in three innings of work.

Cameron Dollar led the way for Farm Bureau with two doubles and a single. Brittain Ranger
smashed a triple and a single and Ethan Baldwin and Millard Johnson doubled and singled.
Wesley Dennis and Sutton Synco each had a base hit.