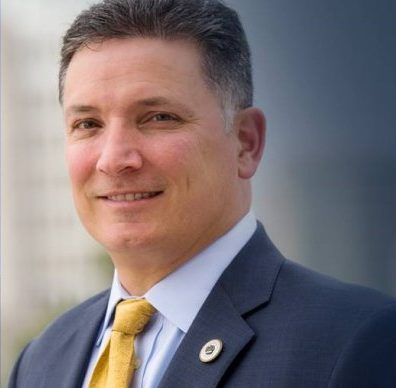 “Louisiana Treasury’s Unclaimed Property Program has long been a model other states strive to imitate,” he said. “This historic collaboration is proof of their innovation and dedication to returning unclaimed properties and money to their rightful owners.”

The two-day event was hosted jointly by Louisiana Treasury’s Unclaimed Property program in Lake Charles and by the Texas Office of the Comptroller in Beaumont, TX. More than 300 people attended the event in Lake Charles alone.

A data review before the event found over 19,000 instances where the same Social Security number appeared in both the Louisiana and Texas systems. Schroder said that with commuters crossing the state border daily and so many who have moved back and forth between the two states, it made sense to partner with Texas.

Louisiana Treasury’s Unclaimed Property Director, Kathleen Lobell, is proud of her team’s work and the collaborative spirit of the two states working together. “It was great to work side by side with our colleagues from Texas and see how similar the programs are,” said Lobell. We both had employees willing to go the extra mile, literally, to help citizens claim their money.”

The National Association of State Treasurers (NAST) featured the event in messaging shared with Treasury offices across the country. NAST Deputy Executive Director for Learning, Kari Arfstrom, said she is certain other states will follow Louisiana’s lead with similar events. “Congratulations on being a trendsetter,” she said.

There is currently over $1 billion waiting to be claimed in Louisiana. Check to see if you have unclaimed property at LaCashClaim.org.