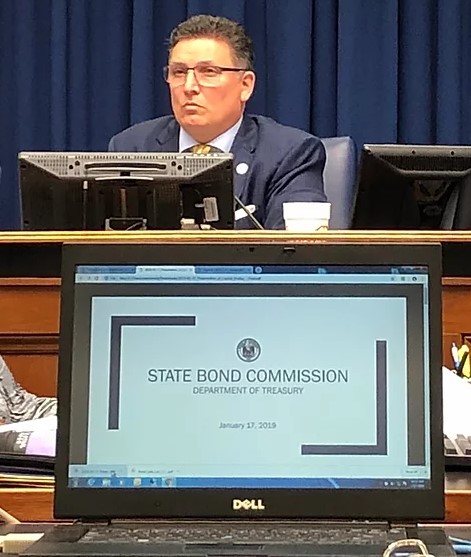 The commission approved Gov. John Bel Edwards’ administration’s request with little discussion, despite the fact that it fell about $140 million short of the amount of “priority 1” borrowing legislators voted for in June.

Most of the borrowing represents renewals of previously authorized lines of credit. About $70 million is for projects recently cleared to go forward, including the state’s match for a planned federal effort to deepen shipping channels in the Mississippi River. The U.S. Army Corps of Engineers in February announced its intention to spend about $85 million to deepen the lower Mississippi River to 50 feet.

The administration plans to return to the Bond Commission in the fall with additional recommendations. Assistant Commissioner of Administration Mark Moses has said he wants to review projects approved this year to ensure they’re ready to move forward, so as not to tie up borrowing capacity that could be used for other needs.

The commission also approved seeking refinancing for up to $1.9 billion in existing state debt and letting a number of local jurisdictions do the same with their obligations. State Sen. Heather Cloud, a Turkey Creek Republican, said she would recommend local officials in her area explore refinancing to save money and “decrease the financial burden on the tax base.”

State Treasurer John Schroder, who chairs the Bond Commission, said low interest rates make now a good time to explore restructuring public debt. State officials were in the process of doing so before the COVID-19 pandemic hit and “brought everything to a screeching halt,” though the market has begun to “normalize,” he said.

“Everybody should be looking at refinancing right now,” Schroder said.