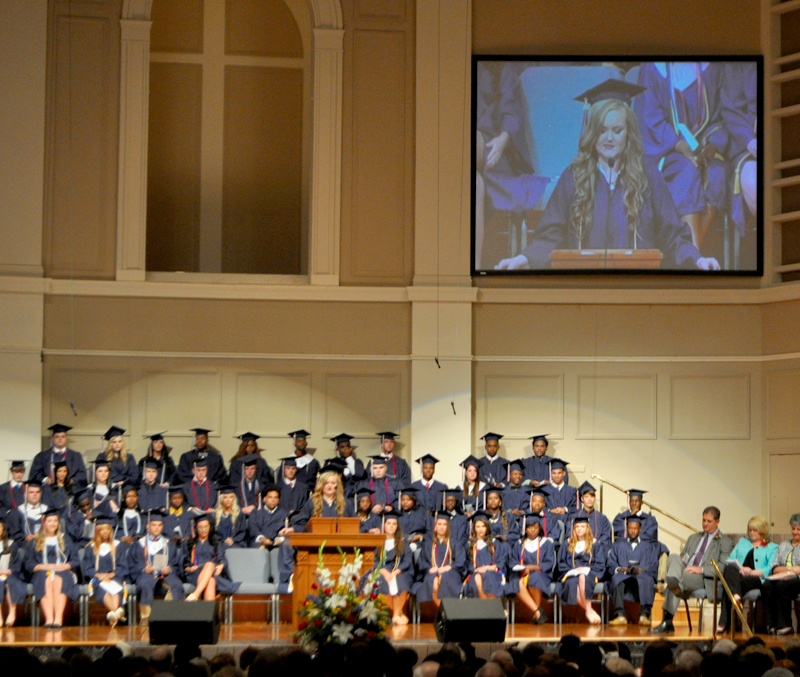 This year’s graduating class of high school seniors is the first class to do so without a valedictorian and salutatorian.

Webster Parish Schools has done away with the time honored tradition of appointing the coveted titles. Minden High School Principal Robin Tucker says this policy went into effect four years ago and it began with this year’s graduating class.

Superintendent of Schools Dr. Dan Rawls says the reason for phasing it out is so that it wouldn’t affect the outgoing classes.

He says the decision to make this change is because it allows more students to the opportunities for scholarships to college.

“We had a lot of universities that would recruit students because they were valedictorian,” he said.

Also, he says, it took away the possibility of favoritism upon choosing a valedictorian and salutatorian.

“(It was) to alleviate any discussion or contamination of grades,” he said. “They went to a system they felt was more fair, that it truly recognized outstanding academic achievement. I think that over the years, there was a lot of criticism over the valedictorian and salutatorian procedures, and I think this just took the bull by the horns and we’re going go to a university recognition system.”

This system has been implemented statewide, Rawls said.