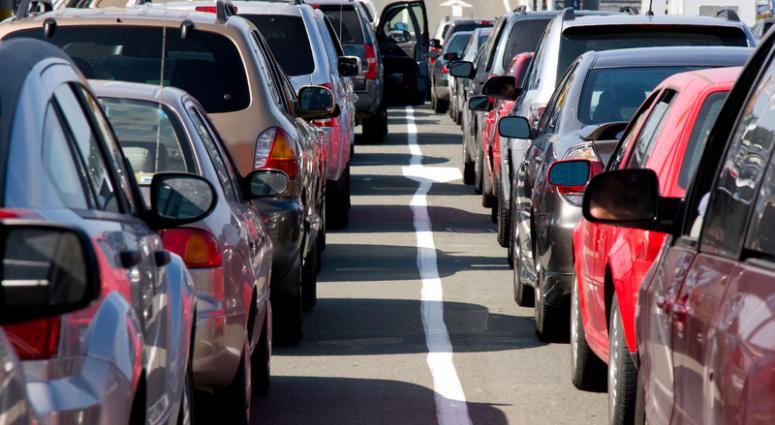 BATON ROUGE — Louisiana’s multibillion-dollar road and bridge work backlog, highways riddled with potholes and the crippling traffic around the state’s capital city are driving a new push to hike the state gasoline tax.

The tax increase will be debated in the legislative session that begins April 10.

“We have not raised the gasoline tax in over 20 years, so the value of the tax that you’re paying is now worth about 7 cents, so we can’t do the things we need to do,” said Rep. Steve Carter, a Baton Rouge Republican who supports raising the tax.

Louisiana has a $13 billion backlog of road and bridge repair and upgrade needs, according to the state transportation department. That doesn’t count the wish list of new construction projects.

The state has struggled for years to chip away at the list. Gov. John Bel Edwards and lawmakers stopped paying for Louisiana State Police operations out of the transportation trust fund, a move that steered millions more to roadwork this year.

A task force created by the Democratic governor recommended that the state spend $700 million more annually. While trucking fees, vehicle registration charges and tolls could drum up money, supporters of new financing have zeroed in on the gas tax as the best approach.

Motorists in Louisiana currently pay 38.4 cents in taxes per gallon of gasoline, including 20 cents in state taxes. The state rate hasn’t changed since 1990, even as construction costs boomed.

Every one-cent increase in the gas tax is estimated to raise $30 million a year.

Edwards backs a gas tax hike — though he isn’t proposing one as part of his proposal to rewrite Louisiana’s tax laws, as he’s already under fire for other tax increase proposals. Instead, he said he’s waiting for lawmakers to offer their own ideas and will support anything that dovetails with task force recommendations.

Baton Rouge area lawmakers and business groups are among those most heavily advocating for a gas tax, because the capital city region is gripped by gridlock daily. Carter is among legislators seeking to raise the gas tax, as much as 15 cents or 17 cents per gallon.

But he acknowledged the tax will be a tough sell, needing a two-thirds vote of the House and Senate. In particular, the more conservative House, which has shown a strong anti-tax bent, is expected to be a stumbling block.

“We’ve got to do a salesman’s job within the House,” Carter said.

He said supporters will have to show the dollars will pay for roads, bridges and ports, not whittled away by administrative costs or raided to fill other gaps. He said tax backers will have a companion bill to detail how the new tax dollars generated would be spent.

The public “has got to be assured, rest assured that the dollars are going to be spent on exactly what we say they will be spent on,” Carter said. “If we can’t do that, I don’t think we’ll get anything passed.”

Opponents say the state needs to do a better job of spending the transportation dollars it has, rather than asking taxpayers to pony up more. Americans for Prosperity, the main political advocacy group for billionaire brothers Charles and David Koch, is among the chief critics and is lambasting the idea on social media and other online sites.

“Calls to increase the amount of money going into (the transportation trust fund) are irresponsible and any proposal to increase the gas tax should be dismissed immediately by legislators,” said John Kay, Louisiana state director of the conservative group. “Taxpayers deserve responsibility and accountability from Baton Rouge, not annual money grabs.”