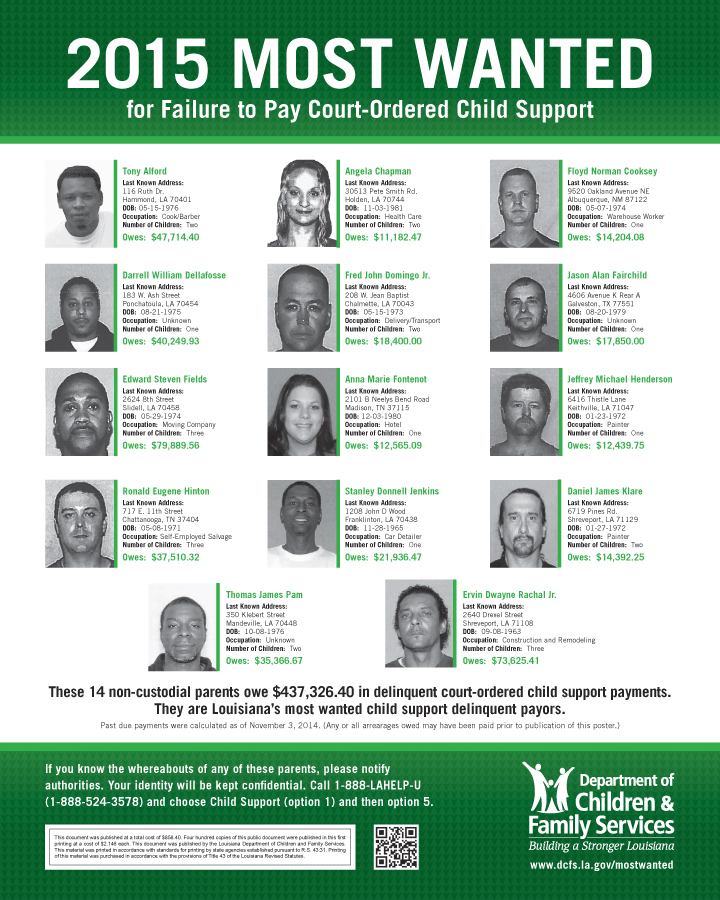 BATON ROUGE— Louisiana’s social services department has put out its latest “Most Wanted” poster of 14 parents who owe nearly half a million dollars in past-due child support.

The poster was released Tuesday by the Department of Children and Family Services. It includes photos, last known addresses and amounts owed — along with a hotline to call if someone knows how to track any of the parents down.

Top on the list is Edward Steven Fields, a 40-year-old professional mover last known to live in Slidell. He owes nearly $79,900 to his three children.

The poster is at: www.dcfs.la.gov/MostWanted .