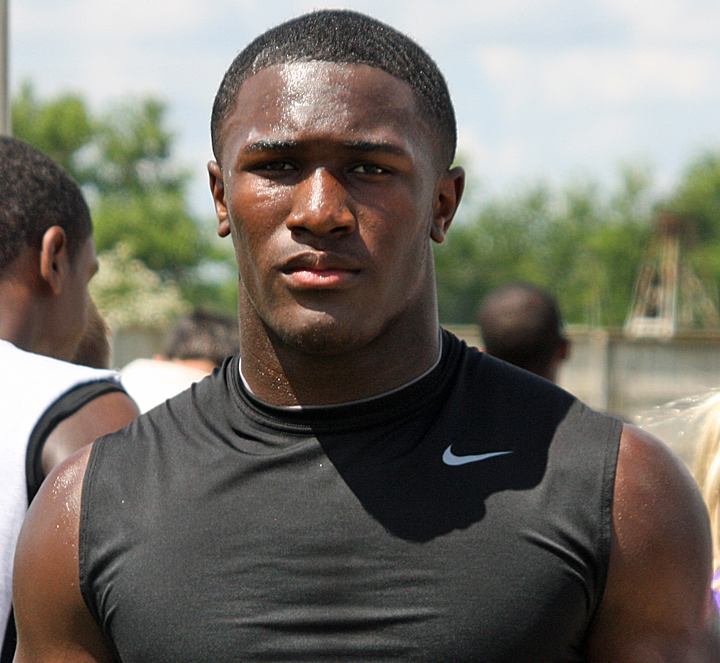 Devin White has grown leaps and bounds in the year since his January commitment and enrollment at LSU as an early enrollee.

The freshman linebacker out of North Webster High School in Springhill faced more adversity than the average freshman, having gone through the firing of Les Miles and the disappointment of a 7-win season in a year where the Tigers were supposed to contend for a national championship.

Through it all, White kept his nose to the grindstone, working hard with first-year defensive coordinator Dave Aranda to learn as much as he could. The grind paid off with more playing time down the stretch in monumental games, which in turn led to White landing on the SEC’s All-Freshman team.

With his team preparing to face the Louisville Cardinals in the Citrus Bowl on New Year’s Eve, White took a break from his busy schedule to speak with Press-Herald on a plethora of topics, ranging from the firing of Miles, hiring of Ed Orgeron, what it was like learning from

Aranda and the upcoming challenge of stopping a Heisman Trophy winner.

Minden Press-Herald: What was this year like for you, coming in as a freshman and starting over in a new program?

Devin White: It was a lot different. Going from any high school to LSU is a challenge. I had to be patient, because in high school you feel like the man, but I got to college and it was like, ‘Who is Devin White?’ So I felt like I had to make a name for myself and show the coaches I deserve to be on the field every opportunity that I got.

MPH: You did everything at North Webster, including playing running back. Now that you are focused on only playing linebacker, how do you see yourself developing going forward at the position?

DW: As far as what I can do here, everything a linebacker can accomplish, that’s what I want to do. Coming in, I had to learn how to read defenses, read offenses, know who is doing what and what’s going on within the game. That’s something I didn’t do at North Webster.

I want to be a great team player and one day be a leader for LSU. I was a leader in high school, but being the leader of a college team full of grown men, I mean, that speaks for itself. I want to win SEC Championships and National Championships and this is a school that can achieve that.

MPH: Speaking of leaders, you had two senior linebackers to show you the ropes in Kendell Beckwith and Duke Riley. How have those guys helped you grow?

DW: Those two guys are some great leaders, but what no one sees behind the scenes is how good they are as people. I would say better people than football players. They are guys you want to be around. They took me in and taught me the play-calling and were there with me running in the offseason and pushing me when I wasn’t in the same shape they were in. They’ve shown me what to do for the next incoming freshmen and how to play this game at a high level.

MPH: Tell me about coach Aranda and the impact he’s had on you. What does he bring to the table as a defensive mind?

DW: He’s not a hollering type of coach. He’s a teaching guy. He wants you to learn it quick and once you got it, he wants you to just play fast. He has great character. People think he’s strictly business but he does like to joke around with the inside linebackers. Having him here, that makes the decision easy to come play here if you’re a linebacker.

MPH: What was the time of Les Miles’ firing like for the players?

DW: It was hard to see coach Miles leave. LSU wants what LSU wants, and obviously they wanted a new coach, but there’s nothing a player can do about it but say their goodbye.

I still keep in touch with coach Miles. He checks on me every now and then on the weekend after a game, so he’s still with us in some sort.

MPH: What about the school’s decision to go with Ed Orgeron as interim, followed by permanent, head coach?

DW: Me and Coach O have had a great relationship, too. We’ve been linking up because he thinks I can be a great player and for all of us it was really good to see him get the job.

He’s already established with the whole team. When coach Miles got fired and coach O was in, everyone went from sad to happy real fast. Coach O is a players first coach and he’s a Louisiana native. God makes no mistakes and he put coach in a great position.

MPH: You have one game left this season and it is against the Hesiman Trophy winner. Talk about that challenge.

DW: That’s a crazy challenge. I never thought I’d be playing against a Heisman Trophy winner my freshmen year, but Lamar, he’s a great player. We see his highlights all the time and know what he brings to the table. But at the same time, we have coach Aranda, the guru of college football defense. We know he’s going to put us in position to make plays. If my brothers do what they got to do and I do what I got to do, we should be fine.