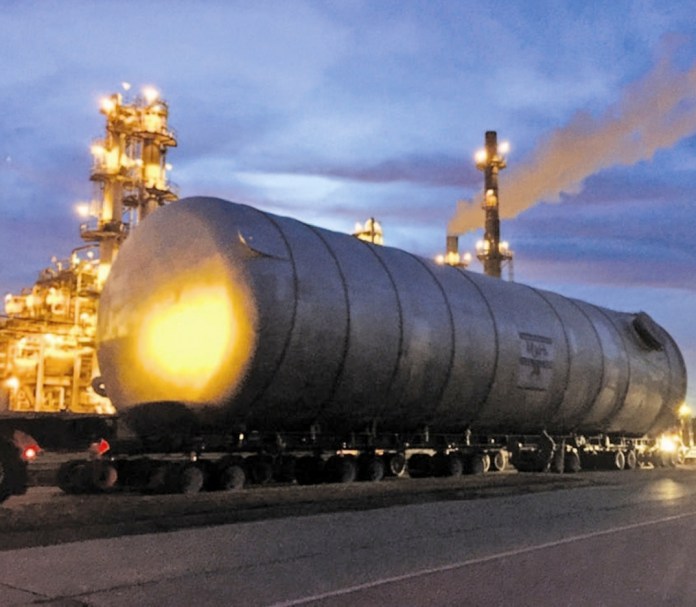 The burn chamber that will destroy nearly 16 million pounds of demilitarized M6 artillery propellant was expected to have left the Natchitoches Parish Port early Monday morning.

Col. Pete Schneider, public information officer for the Louisiana Military Department, says the chamber was moved from the barge on the Red River to a heavy hauler truck last week and is expected to make it to Camp Minden no later than Friday.

“LDOTD advises motorists that a burn chamber transport headed from the Port of Natchitoches to Camp Minden will snarl traffic significantly along the route beginning Monday, Feb. 8 until it arrives at Camp Minden on Thursday, Feb. 11,” officials said.

LDOTD released the route the chamber will move along as it makes its way north. The chamber is 182 feet long by 27 feet, six inches high and 25 feet, 10 inches wide. It will travel at speeds not exceeding 15 miles per hour.

Officials warn that disruption of electrical service is expected, but multiple utility and electric companies will be involved throughout the transport to decrease disruption of service as much as possible.