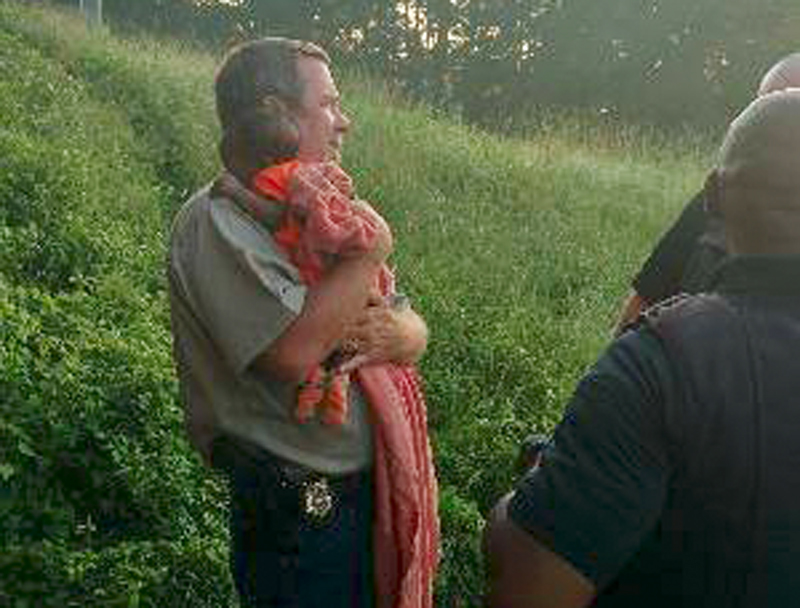 A man has been arrested after reportedly abducting a 2-month-old baby and abandoning it under an overpass on Interstate 20 in Minden.

“God told me to do it,” Wilson said as he was transported into police headquarters.

Minden Police started searching for the infant, named Elijah, believing the child had been kidnapped and was feared dead. Cropper said a call from a homeless man in Shreveport led to the boy’s safe return. He said Elijah was last seen at his Minden home sometime after midnight Sunday. Wilson reportedly took the child into the kitchen to make him a bottle because he was crying.

Cropper said sometime after that, Wilson walked out of the residence with the baby and reportedly headed down Highway 371 to I-20.
The preliminary investigation revealed Wilson left Elijah underneath the overpass at Exit 47 at Sibley and got a ride to Shreveport. He went to Sam’s Town in Shreveport, and reportedly told a homeless man about the incident. It was then the homeless man called Shreveport police.

Cropper said at first, Wilson denied knowing anything about the missing baby, but finally came clean and told police where he’d left him, as Minden police were already searching for the baby. However, the search became more frightening when Wilson told them he’d done something bad.

Officers discovered the child underneath the overpass around 7 a.m. wrapped in a blanket sleeping.

“The scariest thing about it, if he were able to roll off that ledge, he would have hit that concrete retaining ledge and probably would have rolled right out into interstate,” Cropper said.

Baby Elijah was transported to Minden Medical Center to be checked out, and Cropper said he only suffered minor abrasions.