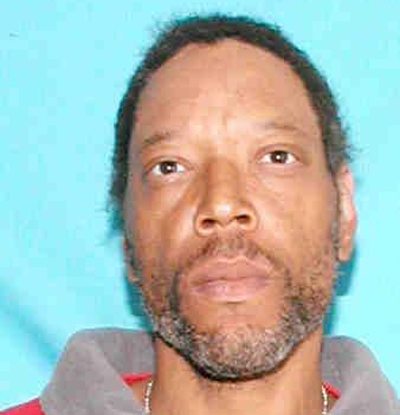 A Shreveport man was arrested after reportedly forcing his way into a Drew Lane home and attempting to stab the homeower with a screwdriver.

Minden Police arrested Timothy M. Grim, 46, of the 100 block of Eagle Bend Way in Shreveport, on additional charges of public intimidation and violation of a protective order.

Police Chief Steve Cropper says around 2:30 p.m., Saturday, officers were dispatched to the 700 block of Drew Lane in reference to a violation of a protective order by Grim.

“As officers were on their way to the scene, the victim informed dispatch that Grim forced himself into her residence and was attempting to remove items from the house,” he said. “While doing so, he armed his way with a screwdriver and attempted to stab the victim with it.”

Before officers got to the scene, Grim left the scene and fled on foot, according to the police report. Officers then made contact with Grim at the intersection of Drew Lane and Goode Avenue. Grim was placed under arrest, and as officers were taking him into custody, Cropper says he told officers he was “going to call his lawyer and have their jobs.”

“He also stated he was going to get the officers fired,” he said.
Cropper says the victim at the Drew Lane residence had a protective order against Grim.

Grim was transported to police headquarters and booked. He was later transferred to Bayou Dorcheat Correctional Center.