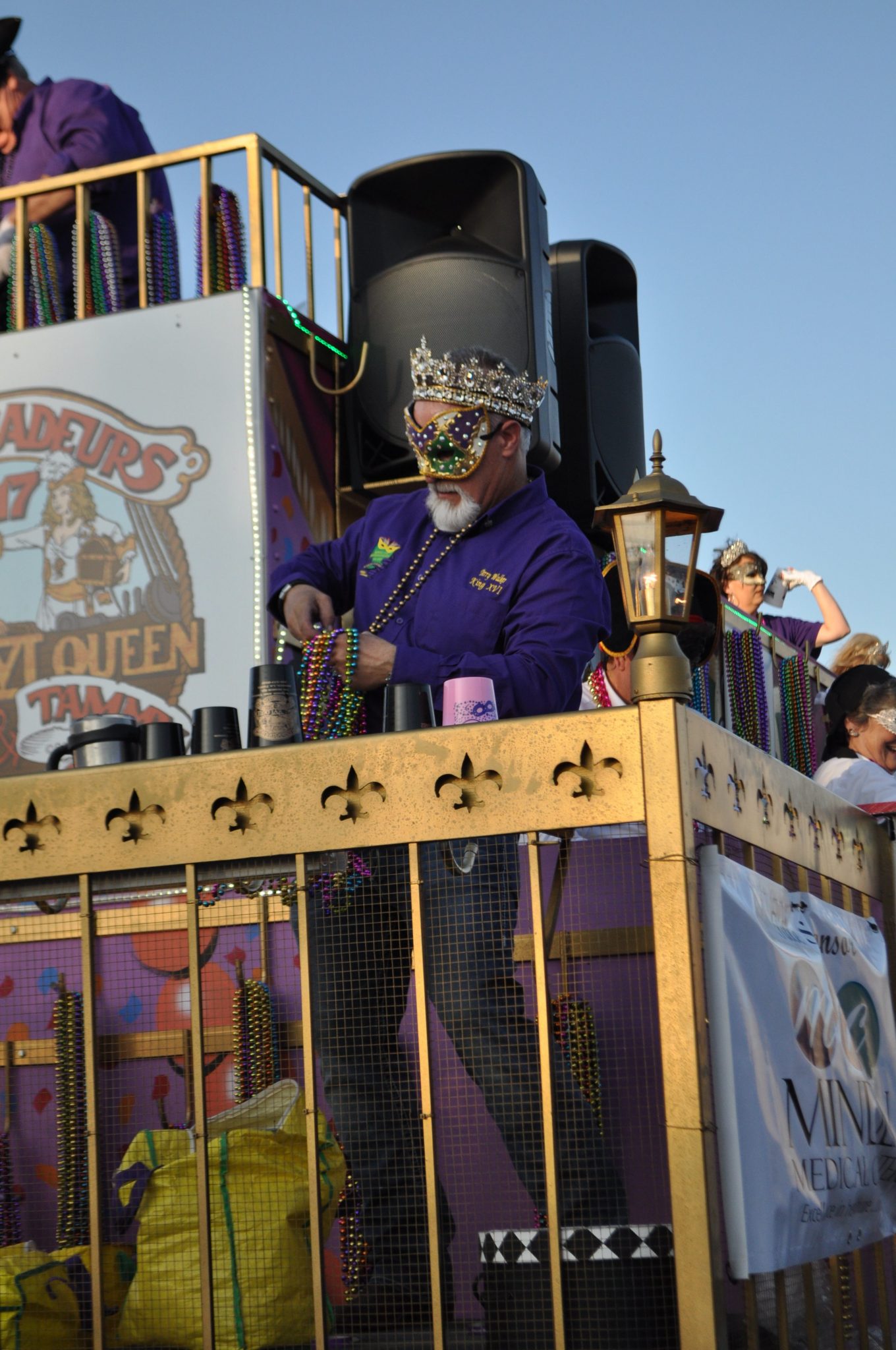 Hundreds turned out for Minden’s 20th annual Mardi Gras Parade Saturday. Main Street Board President Terry Gardner said the turnout was one of the best yet for the annual parade and the crowd was full of energy. This year, the Johnson Brother’s Carnival set up downtown Friday and Saturday and provided funnel cakes and fun for all ages.

The Young Woman’s Service Club painted faces downtown and at Academy Park as the festive spirit filled Minden’s streets before festive floats rolled through the Minden Historic District headed to the brick street in downtown.