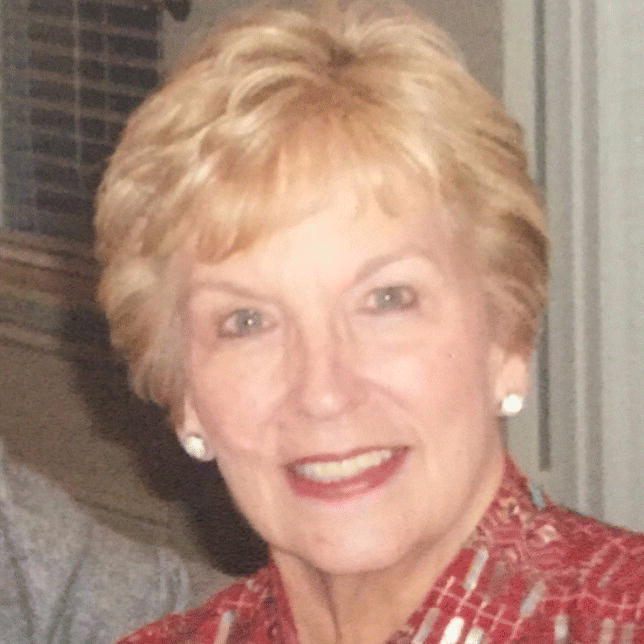 She was the youngest of seven sisters who were constantly doting and loving on her. At a young age, Babe’s family moved to West Monroe. She graduated from Ouachita Parish High School, where she was a prous member of the All State Band, playing the Alto Clarinet. She then went to Northwestern State in Natchitoches, where she met and married the love of her life, Steve Cole.

While at NSU, watching Steve play football, she developed her life-long love of sports. They settled in Minden, where they lived until 1967. Moving to Longview, Texas, Babe went to work for Longview ISD selling season tickets. She loved this as it gave her a chance to meet so many people. She went on to work in the superintendent’s office and was the first receptionist at the “new” Longview High School.

Her joy in life was watching her five children and later grandchildren participate in sports, band and varied extracurricular activities. Babe loved her Cowboys, Rangers, Demons and Lobos, constantly rooting them on to victory. She enjoyed sewing, playing tennis and golf with her friends. Babe served on the board of directors at Pinecrest Country Club and was the first woman to serve as president of the club.

She was preceded in death by her parents and sisters, Carolyn Triplett of Claremont, California, Mary Joyce Mays of San Angelo, Texas, and Virginia Willis of West Monroe. She is survived by Mrs. Ruby Nicholson of Montclair, California, Mrs. Adelyn Duke of Carthage, Texas and Mrs. Martha “Sissy” Pipes of Boca Raton, Florida.

She is also survived by 16 grandchildren, 16 great-grandchildren and numerous nieces and nephews.

…yes Babe, Homecoming is this week and we’ve got the tickets!!