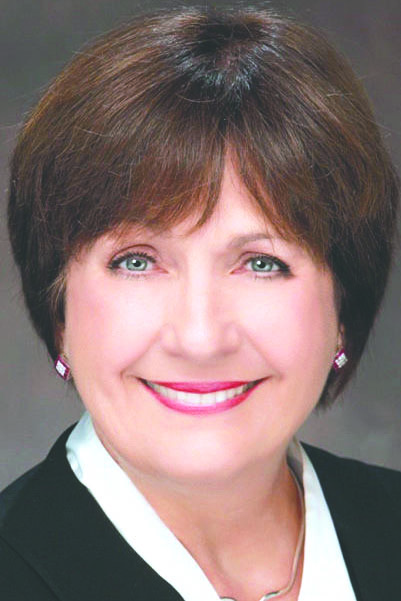 BATON ROUGE, La. (AP) — Louisiana’s first and only female governor, Kathleen Babineaux Blanco, will return to the state’s ornate Capitol building for her last time Thursday, her casket carried in to the sound of a 21-gun salute honoring her service.

Mourners are expected to pack the building to pay their last respects to the Democrat who led Louisiana during the massive blows of Hurricanes Katrina and Rita in 2005 and who died Sunday after a yearslong struggle with cancer. She was 76.

Public visitation at the Louisiana Capitol will follow a morning interfaith service in a downtown Baton Rouge cathedral to memorialize Blanco, the start of three days of events for the former governor.

“I do encourage people to come out and take part in that. It’s a celebration of life,” said Gov. John Bel Edwards, who started a friendship with Blanco during his 2015 campaign.

Blanco served one term as governor, from 2004-08. But she was a fixture in Louisiana politics for decades, winning elections to the state House, the state utility regulatory agency and the lieutenant governor’s seat before reaching the top job. She died from a rare eye cancer that she battled successfully in 2011 but that later returned and spread to her liver.

Edwards will speak at the morning service, which will include prayers and readings across many faiths, hymns and poetry. Former and current Louisiana officials are expected to attend.

When Blanco’s casket is taken two blocks away to the Capitol, her one-time staff members and Cabinet secretaries will line the front steps as her former state police bodyguards carry the casket into the building amid a military salute.

Blanco’s body will lie in Memorial Hall for public visitation in the afternoon, with the former governor’s husband, 99-year-old mother and five living children among those who will greet the public.

Those waiting in line to offer condolences will wind through displays of campaign memorabilia, framed newspaper articles, family photos and religious artifacts that Blanco, a devout Catholic, treasured.

The red suit Blanco wore at her inauguration is on display, along with her wedding photo. Nearby is a photo of her son Ben, who died in 1997 in an industrial accident at the age of 19, along with the candle from his funeral.

In a surprising political twist, the memorial display features a handwritten letter from former President George W. Bush, with whom Blanco repeatedly clashed after Katrina, as the Bush administration sought to blame Louisiana’s governor for the slow rescue response.

Bush wrote the letter on Dec. 11, 2017, a day after Blanco publicly announced her incurable cancer diagnosis in a newspaper column written to Louisiana’s residents.

“Dear Kathleen, I have just read your beautiful column to the citizens of Louisiana,” Bush wrote. “Your words were profound and touching. Laura and I will join the thousands who will pray for your strength and comfort. May God bless you and your family.”

Blanco will be buried Saturday in Lafayette, in the heart of the Cajun region where she was born and raised, after a Friday prayer service in the city and a Saturday funeral Mass.