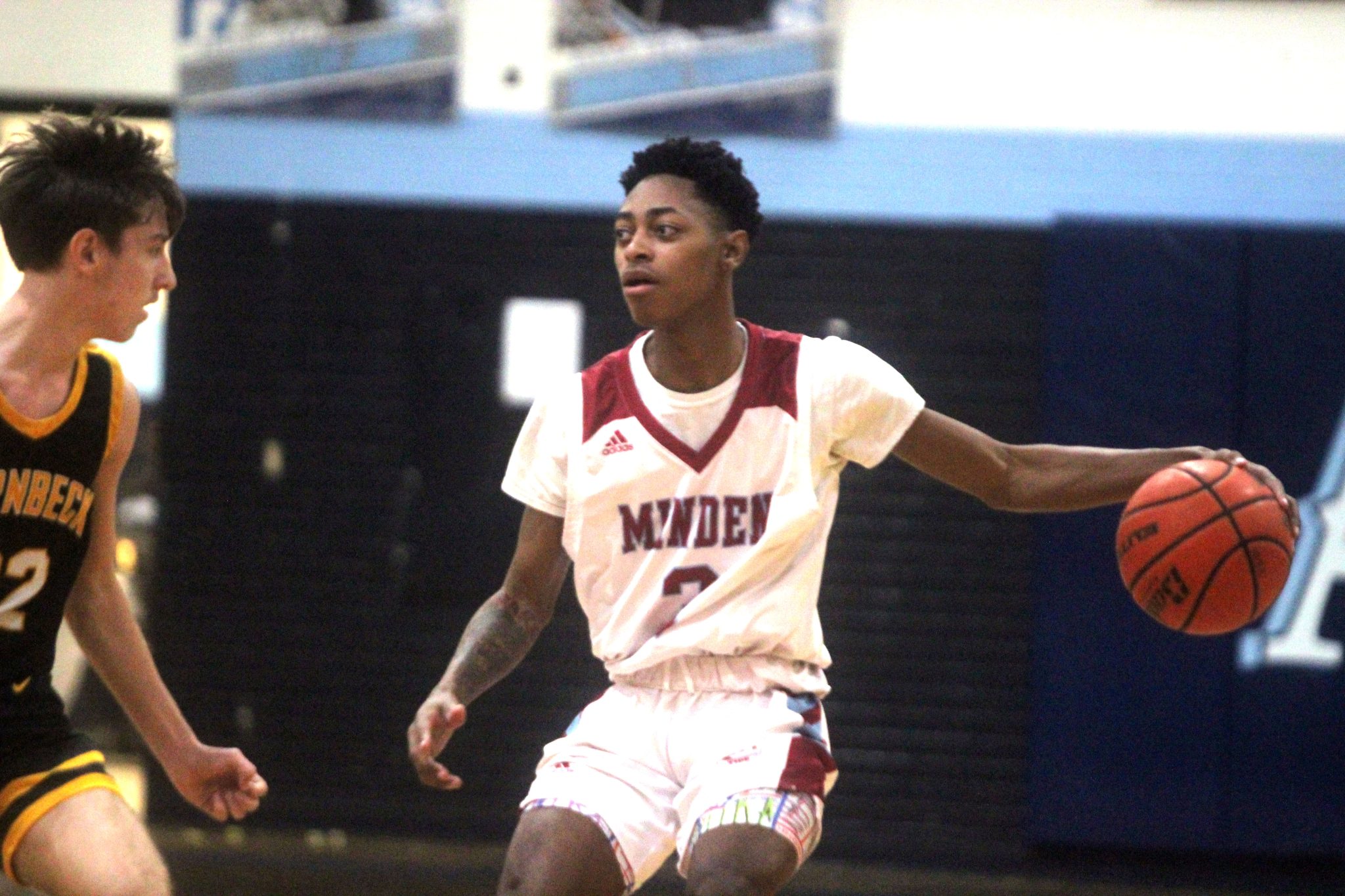 The Minden Crimson Tide advanced to the quarterfinals in the boys division of the “Doc” Edwards Invitational with a 62-47 first-round victory over Hornbeck Wednesday at Airline.

Minden (8-9) faces tournament host Airline (8-6) at 3 p.m. Thursday at Airline. If the Tide win, they will play the Lakeview-Huntington winner in the semifinals at 7:30.

Minden then went on a 5-0. But the Hornets came back and the Tide’s lead was 27-24 with just over two minutes to play in the third.

Batton banked in a 3-pointer from about halfway between the halfcourt line and 3-point line at the buzzer. He also had a 3-pointer early in the quarter.

Mims knocked down a 3 and scored six in the third.

The Tide led by 18 with about four minutes left in the game. The Hornets got no closer than 13.

Rabb had 10 points in fourth. Bailey, who was 6-of-6 from the free throw line, had nine.

The Minden girls team fell to Winnfield 54-44 in the first round.

The Lady Tiders (6-9) play Byrd at 9 a.m. Thursday in the consolation quarterfinals at Cope Middle School.

If they win, they will play the Loyola-Haynesville winner in the semifinals at 4:30 p.m. at Cope