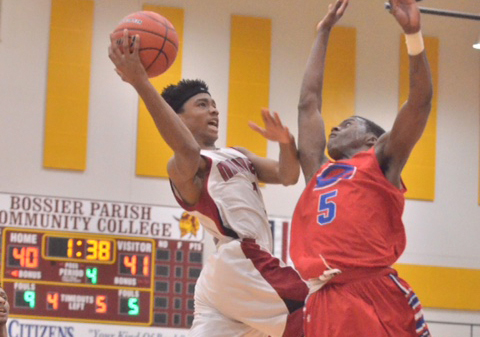 The Minden Crimson Tide dropped a heart-breaker in the final seconds, 45-43 to Evangel in the Paul Millsap Classic held at the BPCC gym.

Minden jumped out to an early 4-0 lead before Evangel stormed back to take a 12-8 lead after one quarter. Evangel’s lead grew to 12-points during a second half that saw the Tide play less-inspired basketball, but Minden made a furious run to tie the game on a 3-pointer with 34 seconds to play.

In the final five seconds, Minden fouled Evangel’s Izavier West, who calmly canned the two free throws to give the Eagles a win. Minden (2-3) is expected to add some size and experience now, with the Crimson Tide football team being eliminated from the Class 4A playoffs.