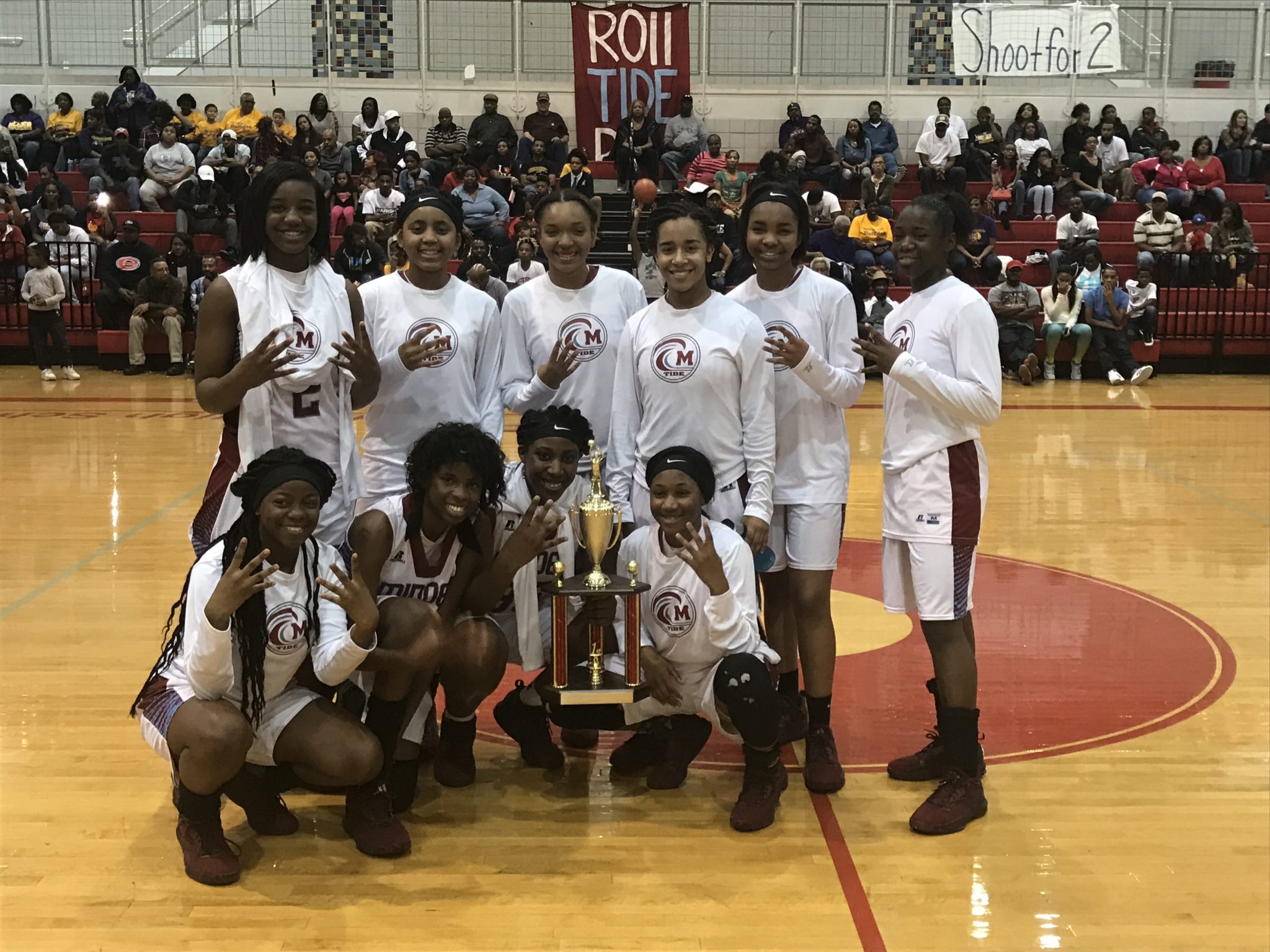 The Minden Lady Tiders were just plain giddy in the moments after their championship game victory over the Evangel Lady Eagles.

But somehow in the midst of all that emotion, the Lady Tiders took time to remember fallen AAU teammate and classmate Taz’Dariun
Harris, holding up his No. 4 in their championship photo.

“I’m proud of the girls and how they played throughout the game,” Brown said. “To see the growth in these young ladies from the last time we played Evangel to now, it’s great. We leave this tournament with a lot of confidence.”

The final score won’t show that Minden enjoyed a 42-22 lead late in the second quarter. When it appeared Minden might make a rout of the tournament finale, Evangel responded with a run to end the half, cutting the game to 42-28 at the break.

The Lady Eagles cut the lead to 44-37 at the 5-minute mark of the third quarter, but Minden’s Derrica Gilbert canned a pair of 3-pointers to extend the lead back to double digits.

Still, Evangel fought back and tied the game at 53-53 with 6 minutes to play in the fourth quarter.

A Destini Powell 3-pointer, one of 9 made 3’s on the night for the Lady Tiders, put Minden back on top at 58-55, but the Lady Tiders couldn’t extend their lead, taking a 63-61 lead into the final minute.

Evangel got a bucket, plus the foul, to take the 64-63 lead with 50 seconds to play, but Minden responded with Sha Whiting who drove the lane, absorbed the contact and finished through a foul call for an and-1 opportunity. Whiting made the free throw to make it a 66-64 lead for Minden.

Bre Rodgers came up with a clutch steal for the Lady Tiders and Strawberry Batton sank a pair of free throws to make it a 68-64 game with 10 seconds to play.

Evangel would make a layup and get the ball back with one second on the clock after a mental mistake by Minden on the inbounds pass. but the final prayer for Evangel fell short from the left corner, setting off a jubilant celebration on the Lady Tider bench.

“With a bunch of sophomores and juniors on this team, we could have hung our heads when we went down after leading the whole game,” Brown said. “But we just kept playing. It’s fun to watch this team play together.”

Derrica Gilbert had 17 points for the Lady Tiders and was named MVP of the Classic.

Rodgers and Batton were also named to the All-Tournament team, joining Gilbert.

In the boys championship game, the Gibsland-Coleman Bulldogs defeated the Red River Bulldogs, 66-55 to earn the tournament title.

Gibsland-Coleman led the game 14-2 early and maintained a lead in that range for most of the night. The Bulldogs of Gibsland-Coleman defeated Lakeside and Minden to reach the championship game.