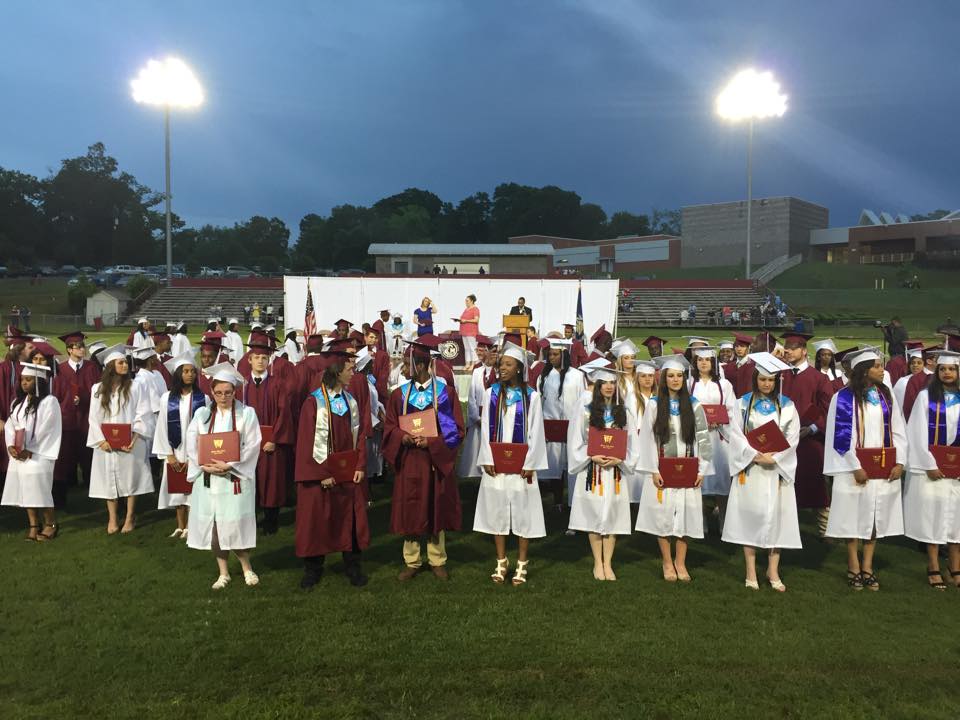 Minden High School’s graduation will be held in the gymnasium, despite parent’s push to move the ceremony to a venue with a larger seating capacity.

Efforts to have the location changed began after parents and student’s learned the graduates will only be allowed six guests to attend due to the gym’s seating capacity. Graduation was moved from the traditional location of the football field – which didn’t limit the number of guests – after officials with the school district deemed the stadium unsafe and condemned it along with the old gym.

“As most of our community can imagine, we have been devastated by the situation that we are currently in concerning graduation.” Minden High School Principal Robin Tucker said. “After speaking to Dr. Rawls (superintendent), it was determined that we would implement ‘Plan B,’ which has been set up for the past several years incase of a rain out.”

Graduation will be streamed online and on screens in the school’s auditorium for those who do not have a ticket for the actual ceremony to watch, Tucker said.

A group of parents have presented location options to Superintendent Dr. Dan Rawls, which include the Minden Rec. Complex, Griffith Stadium, Minden Civic Center as well a couple out of town locations, but no change has been made.

Rawls said the school board was presented with the plan to have graduation in the gym at Monday’s Finance Committee Meeting and didn’t have issue with it.

“The board was presented with the plan and they didn’t have a problem with it,” he said. “If the board wants to call a special meeting and change it, they can.”

According to policy, district officials decide the location of graduation, not the board. Rawls, however, said he would support the move if the decided.

The guest requirements have added a level of stress to once-in-a-lifetime event parents said. Some seniors have reportedly chosen not walk during graduation to prevent them from having to choose which family members to invite.

A Facebook page was setup Friday night where students could sell and purchase unused tickets to the ceremony.

The last time graduation was moved from the football field was 1991 when rain forced school officials to move it into the auditorium. Graduation is set for May 13 in the Minden High School gym.