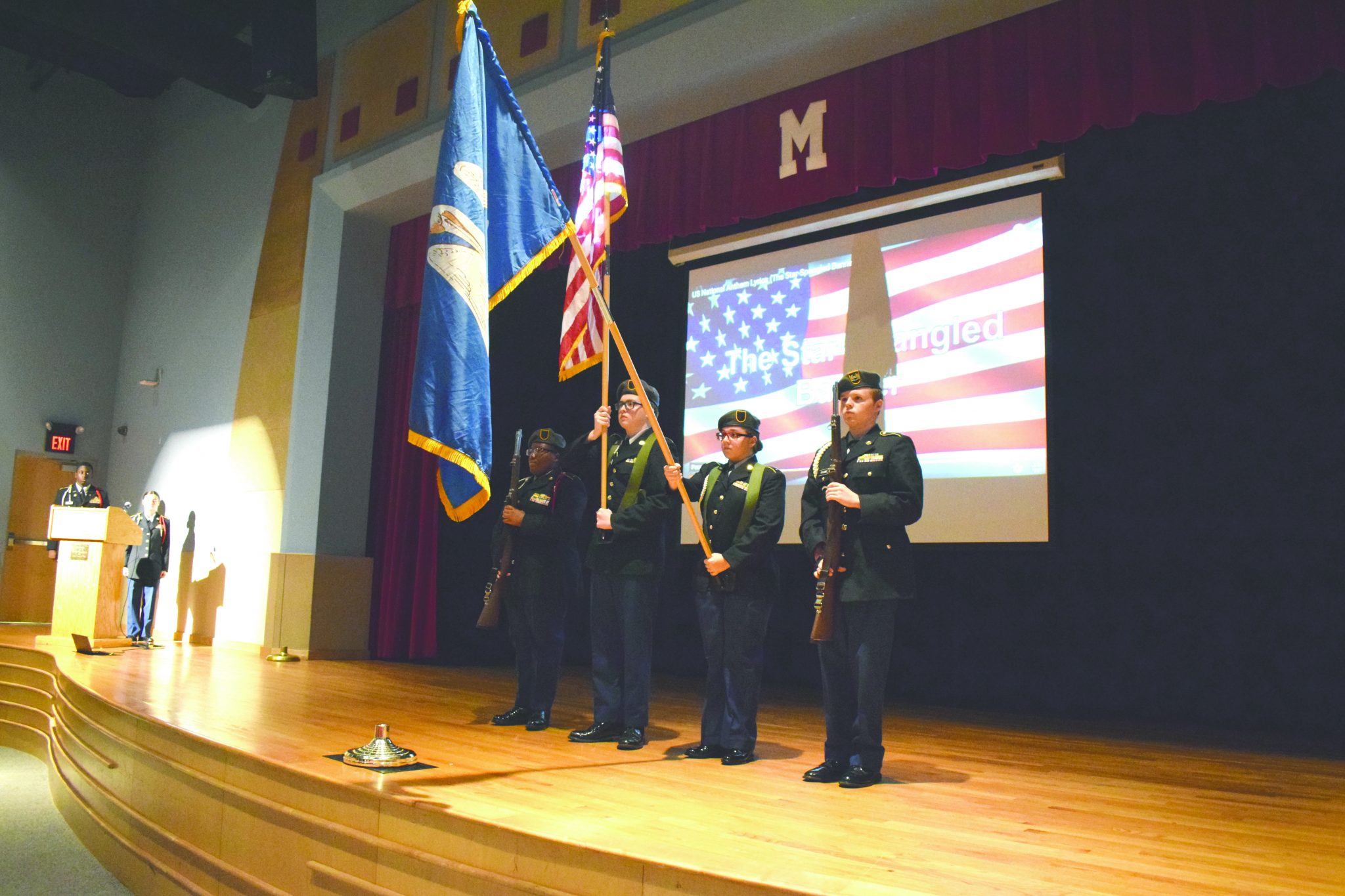 Wednesday morning, Minden High School’s JROTC Program held a ceremony in remembrance of the 9/11 attacks that transpired 18 years ago. The main speakers for the event were Cadet Lieutenant Colonel Donovan Douglas and Private Cammy Edwards of the JROTC Program.

The ceremony began with the playing of the Star Spangled Banner, followed by Presenting the Colors, carried out by members of MHS’s JROTC Program.

Soon after they showcased a video that contained footage captured by news channels and civilians of the devastating attack on the World Trade Center. Along with that, they played the speech that President George W. Bush gave soon after the attack.

Later, they invited guest speaker Retired Colonel Carl Thompson to the stage. He used his speech to share his thoughts on the event, as well as instilling the importance of why American citizens should never forget the atrocities that took place.

At the end of the ceremony, they brought out an American Flag, but with it’s own unique twist. The flag was donated by Jerry Madden, and the flag itself is made up of all the names of those that were lost in the 9/11 attacks.