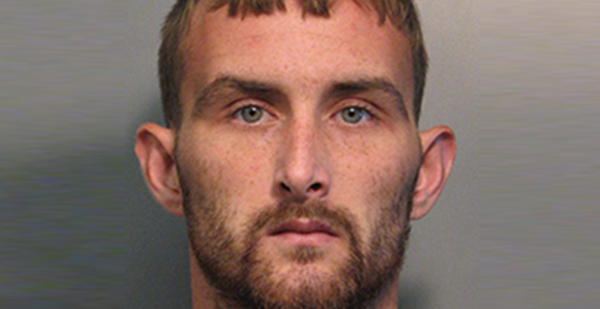 John William Passman, 25, of the 100 block of Dewberry Lane, was charged with possession of Schedule I CDS (synthetic marijuana) third offense and was arrested on a Claiborne Parish warrant. Bond was set at $5,000.

Minden police chief Steve Cropper says officers were alerted to an erratic driver and made contact with him at Lewisville Road.

“The driver was identified as John Passman,” he said. “Officers observed a synthetic marijuana cigarette within Mr. Passman’s wingspan after being mirandized.”

Passman admitted to having more inside his vehicle, and at that time, a total of four grams of suspected synthetic marijuana was discovered.

According to the police report, Passman has two previous Schedule I charges.

Passman was placed under arrest and booked at Bayou Dorcheat Correctional Center.